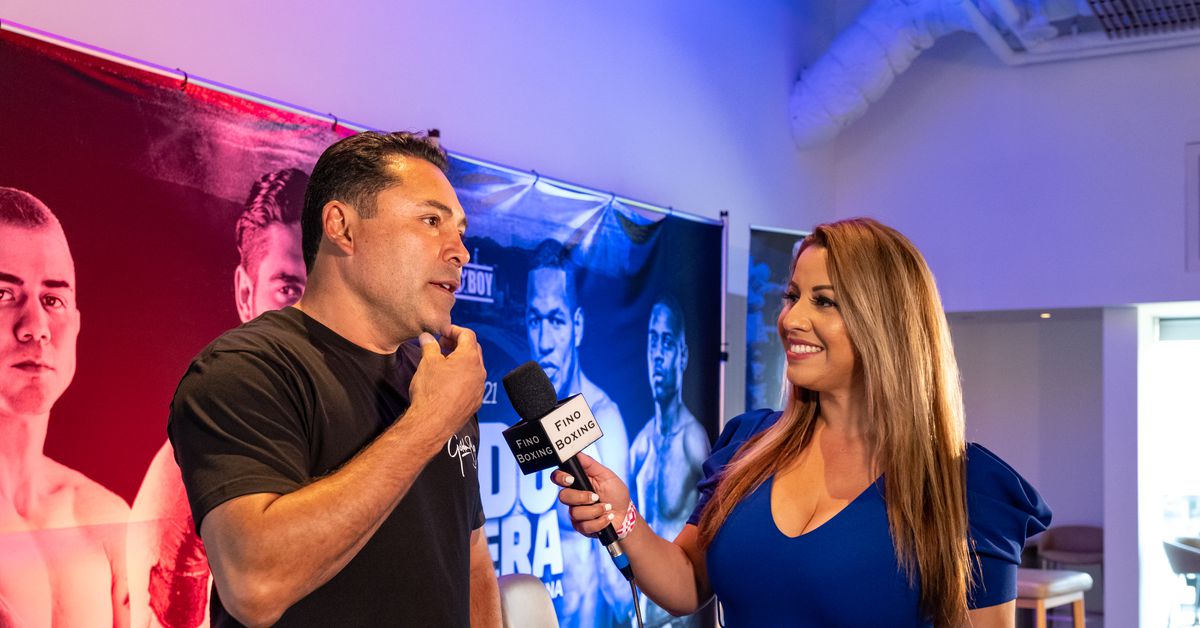 UFC President Dana White and boxing legend Oscar De La Hoya do not see eye-to-eye. Ever since De La Hoya tried to organize a boycott against Floyd Mayweather vs. Conor McGregor, White and “The Golden Boy” have engaged in a seemingly endless war of words. Most recently, White outraged De La Hoya by blocking his would-be super fight vs. Georges St. Pierre.

Instead, De La Hoya will square off with a different former UFC champ, Brazilian knockout artist Vitor Belfort. To the surprise of no one, White is actively hoping for a terrible outcome for his fellow promoter.

“I’m praying Vitor knocks this crackhead out – and viciously,” White said on “The Pat McAfee Show (via MMAJunkie). “Viciously knocks him out.”

White’s prayer is more of a hope than a prediction. Despite his personal feud with De La Hoya, White is well-aware of his boxing talents, though they may have been impacted by years of alleged drug and alcohol abuse.

As much as I can’t stand that dirt bag, De La Hoya is legit,” White said. “Back in the day when me and De La Hoya were cool, I actually was up in his camp. Just his jab could knock people out. De La Hoya in his prime was the real deal. This is a real fight between two real guys. I think that Vitor obviously has the power to KO him, but De La Hoya’s no joke, either. Hopefully all the coke sniffing and tequila drinking and whatever other sh*t that guy has been up to has caught up with him, and Vitor lays one right on the big mouth of his and knocks him unconscious.”

De La Hoya and Belfort will meet in their professional boxing bout on Sat., Sept. 11, 2021 inside Staples Center in Los Angeles, California.

Here are the UFC vs. Bellator viewer numbers from last weekend. Obviously, UFC’s objectively worse event got far more attention, but is it worth wondering how much Showtime’s inaccessibility affects these numbers?

George Foreman once bought Derrick Lewis a car and trained him. He took the car back when Lewis decided to choose MMA over boxing. pic.twitter.com/yaZPshsp1n

Speaking of “The Black Beast,” I wonder what his Instagram is looking like the week of his UFC title fight?

Finally, the tree wins one!

This match up makes sense, but at the same time, does Light Heavyweight have enough contenders to sacrifice one of them? Not really.

My last fight was in March and here I am still waiting for a fight.

We all know the fight to make.

You call yourself Samurai but you want the @ufc fans to wait until 2022?

Zhumabekov stayed hunched forward in his stance for just a bit too long.

Why throw anything else besides the left kick high kick?

A fight that has to be seen to be believed … Why is the referee just letting this guy eat a few extra shots for no reason at all the highlight?

A guy named Bodychrist just won in 10 seconds when his opponent somehow dislocated his shoulder without throwing a single punch. pic.twitter.com/EhpVbFiTTK

Frontier passenger allegedly touched 2 flight attendants breasts, then screamed his parents are worth $2 million, before punching a flight attendant. Frontier suspended the crew for duct taping the passenger to his seat as they landed in Miami. 22 yr old Max Berry is in custody. pic.twitter.com/4xS9Rwvafx

Midnight Music: I tend to like older Radiohead more than their recent albums, but the playlist I listened to had a nice mix of both!