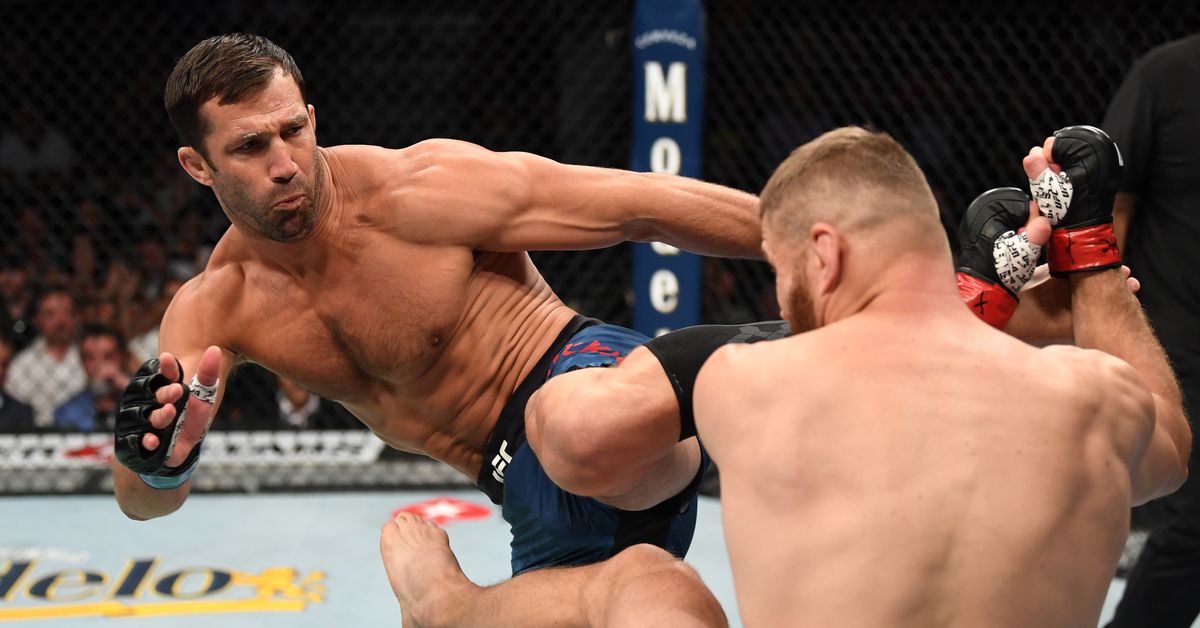 Luke Rockhold on Monday said he’s been offered a fight with Sean Strickland, and whereas before he had no interest, Strickland’s UFC Vegas 33 win over Uriah Hall turned him around.

Former UFC middleweight champion Rockhold has no love for Strickland’s style in the cage and on the mic, he told Submission Radio. But the surging 185-pounder’s entry into the rankings makes the matchup worthwhile after months of frustration over what he said was a lack of exciting offers.

“I think [UFC President Dana White is] trying make it harder than it has to be, obviously just because of my outspokenness on different things,” Rockhold said. “But this kid Sean has been offered. So, I mean, they’re trying to do something. I haven’t heard any dates or anything like that, but that is something they’re interested in. And yeah, let’s do it.

“I mean, he’s not the most – he took a ranking, he did his thing, but he doesn’t help himself in anyway, shape or form with his style and his performance on mics.”

The UFC is targeting a UFC 268 meeting between Rockhold and Strickland, multiple people with knowledge of negotiations told MMA Fighting after an initial report from TSN. UFC 268 takes place Nov. 6 and could take place at Madison Square Garden in New York City.

Strickland, who dominated Hall from bell to bell at this past week’s event, raised eyebrows with his UFC Vegas 33 post-fight interview that escalated from crass to a potential violation of the UFC’s code of conduct when he said he “would love” to kill an opponent in the octagon.

Rockhold is far from PG-13, but he indicated Strickland crossed the line.

“Did that guy really just say that? And then like my manager told me that that’s his thing, that he says that every time,” he said. “I’m like, what a f*cking idiot.”

Had the number next to Strickland’s been higher, it might have been Rockhold in the cage with Hall. Rockhold was in the midst of a tug-of-war with the UFC over the opposition he’d face in his first appearance since a brutal knockout loss to current light heavyweight champ Jan Blachowicz, which marked his third concussive setback in four outings. The promotion moved on, Rockhold said, when he balked at facing the up-and-comer. And when a fight with Khamzat Chimaev failed to materialize, he was back in a holding pattern.

“They offered me Sean actually a while back, a while back,” Rockhold said. “And I just wasn’t interested cause he’s just a fucking nobody. It wasn’t the fight I wanted. It didn’t make any sense, no one knew of him, and I didn’t give two fucks about him. And now it’s like Dana’s trying to piss me off with it.

“And now he’s obviously been out there, he beat Uriah Hall, he looked decent and he took a ranking. So, there’s something to work with I guess now. … They offered it to Uriah. Uriah chose Strickland instead of me. They offered the Chimaev fight. Obviously that didn’t come to be. I liked that too, that was exciting. That kind of got me up. I don’t know, this is what we have, and there were some other fights they kind of dicked around with. So, this is seemingly gonna happen. We just gotta get a good fight date and something that’s f*cking sexy and timely.”

“I want a fight that’s intriguing. I’ve done my thing, I’ve been champion of two different divisions, I’ve taken my time away, I’ve been through lots of surgeries, and it’s like, I want something that’s gonna get me fired up. And it just keeps falling through. And they’re like ‘Sean Strickland’. I’m like, who the f*ck is Sean Strickland? What the f*ck are you talking about? Is that gonna make me come back? And so I was like, you better give me something better than that. And nothing came to be, and month after month it’s just like they f*cking gave me a couple other options, and then those two options fell through, and everyone’s being a bitch about every other option, and so here we go. This is it. F*ck it. I don’t care. The kid did his thing. He f*cking got something of a name, I guess. Got a little momentum. I’ll f*cking take it.”

Rockhold said he’s seen Strickland in action outside the octagon, and from what he’s seen, he believes the fight is very winnable should they meet.

“I’ve seen Sean at the gym, he’s come through RVCA a couple of times,” he said. “So, I’ve seen him in there, and he’s got a very annoying style. And if you let him get there, he can get there. And he’s average all around, but he’s confident and he has a very weird little awkward style. He comes forward and he can be effective. And Uriah Hall showed, showed no balls and didn’t execute, didn’t throw any kicks, really. Just stood there and gave him every opportunity to win that fight. And he did.”