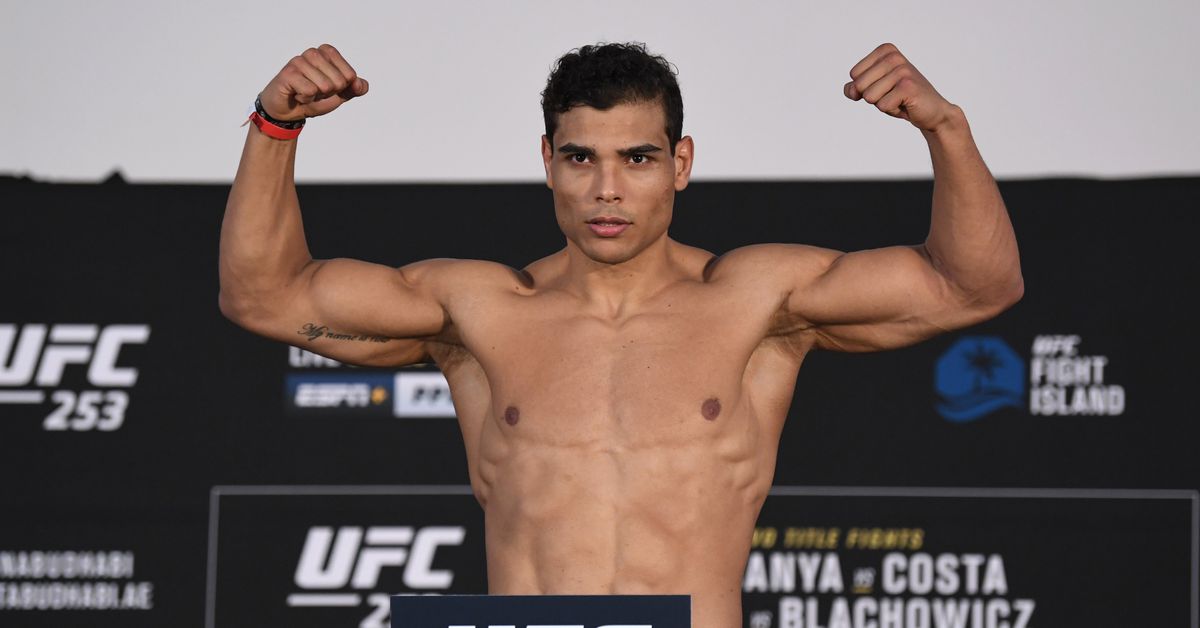 Two former Middleweight title challengers will look to rebound from title losses and jump right back into the mix. Per ESPN’s Brett Okamoto, UFC is finalizing a slugfest between heavy-hitters Paulo Costa and Marvin Vettori. The bout is targeted for October 23, 2021 and will likely headline a “Fight Night” event. At the moment, no other event details are available.

Sometimes, fights book themselves. Immediately after his loss to Israel Adesanya, Vettori began plotting his comeback, calling for a bout with Costa. “Borrachinha” initially seemed unimpressed by the match up, but it didn’t take long for the Brazilian to warm up to the idea and request a showdown vs. the Italian.

Prior to their respective losses to “Stylebender,” both Middleweights were on serious tears. Costa had won five straight bouts, four violent knockout wins prior to a legendary battle vs. Yoel Romero. Similarly, Vettori put together a five-fight win streak following his first loss to Adesanya, climbing up the ranks by dispatching highly-ranked contenders like Jack Hermansson and Kevin Holland.

Only one man can rebound and begin to climb back up the 185-pound ladder … Who ya’ got?!?

Ciryl Gane has an in-depth understanding of his opponent.

A bunch of Muay Thai lads joking about calf kicks and leg breaks makes for an entertaining listen!

Elite wrestlers are on a whole ‘nother level!

Reminder: Patricio Freire losing for the first time in five years doesn’t mean he sucks now or was never great.

Getting a tattoo of yourself is a bold move, but it’s better than the 6ix9ine ink.

Sergio Pettis takes a shot at Brandon Moreno from across promotions — would anyone want to see a rematch?

Alexander Volkanovski has been posting cooking instructionals, which I thought was pretty different content from the average champion.

Hooking the leg from bottom position often works better in jiu-jitsu than MMA.

Slam finishes are always fun, but hopefully this one didn’t cause any major injury like it appears to …

Midnight Music: Tennessee rapper and TDE member Isaiah Rashad recently released his third LP, The House Is Burning, so I checked that out!