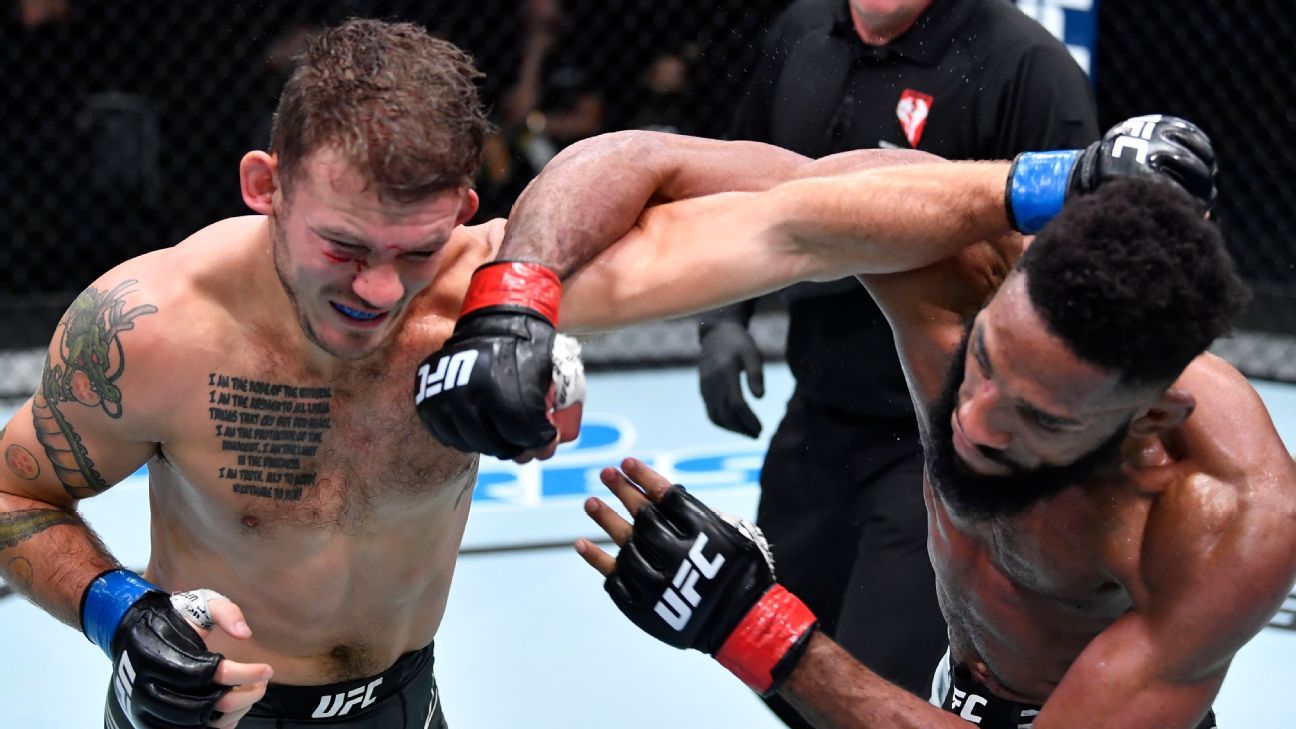 The MMA world will feature elite action from Inglewood, California, and Las Vegas on Saturday night as Bellator and the UFC share the combat spotlight.

Patricio “Pitbull” Freire will take on A.J. McKee at The Forum in one of the biggest bouts in Bellator history. The fight is the finale of the promotion’s Featherweight World Grand Prix, and it features two stars who established themselves in Bellator, instead of being fighters who signed as free agents after stints in other promotions. The winner will win $1 million and be considered by some to be the best featherweight in the world, although UFC champ Alexander Volkanovski, among others, would argue that point.

Uriah Hall and Sean Strickland both have four straight wins. Both fighters on the rise look to enter the UFC middleweight title picture on Saturday.

What had been a respectful lead-up to the fight got heated Thursday during media activities as the fighters tried to get at each other.

The Fight Night at the UFC Apex in Las Vegas will be headlined by a pair of middleweights on four-fight win streaks as UFC No. 8-ranked Uriah Hall takes on No. 11 Sean Strickland. The winner will be looking to climb in the rankings and potentially face a top-5 opponent next.

Marc Raimondi will be on hand at the Forum to provide results and analysis while Brett Okamoto will cover the events unfolding at the UFC Apex. Stats supplied by ESPN Stats & Info.

Watch the UFC card on ESPN+.

Key stat: Rowe has finishes in all eight of his wins and has won eight of nine. Rowe cashes as a +145 underdog at Caesars William Hill. He was +550 to win by KO/TKO/DQ.

Watch this fight on ESPN+.