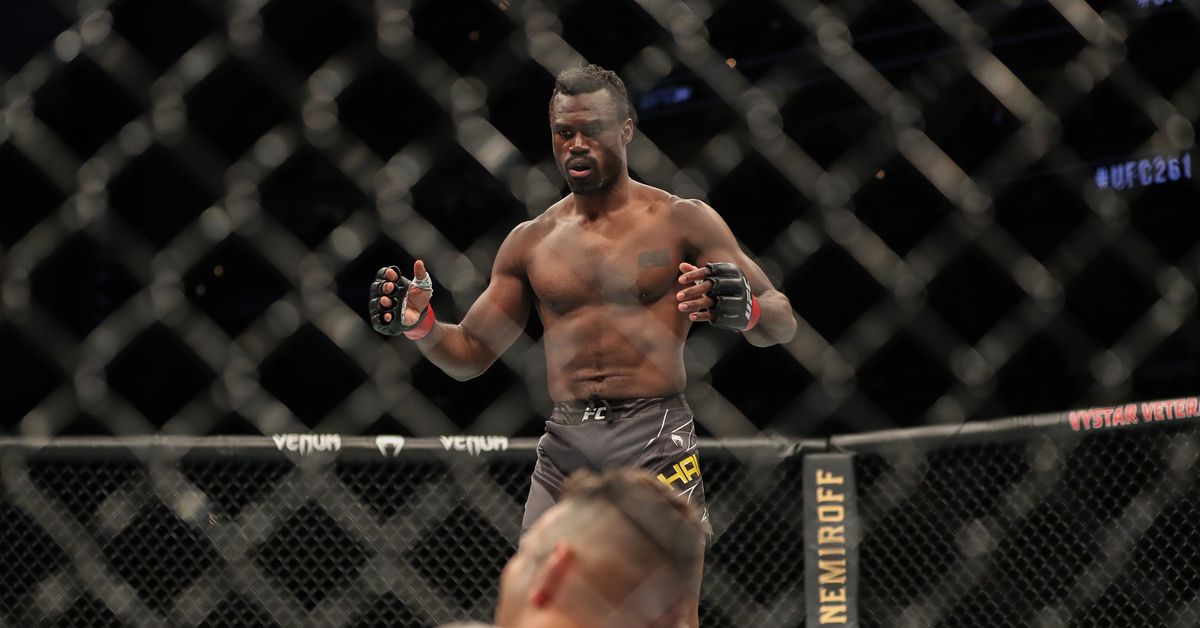 This match up is a tale of potential, and whether or not an athlete can live up to expectations. Fair or not, Hall was advertised as the next Anderson Silva, a legendary knockout artist even prior to his The Ultimate Fighter (TUF) finale appearance. Strickland never quite had the amount of public momentum as “Prime Time,” but he once rode a solid wave at 15-0 before getting stuck in the middle of the Welterweight division for years. Fast-forward to 2021, and both men are riding four-fight win streaks, walking into a main event slot. One man will actually break into the title mix after years of trying, and the other will remain stuck in their usual territory.

Let’s take a closer look at the keys to victory for each man:

The winner of the jab likely win this bout, and there’s absolutely no reason that Hall should be getting out-jabbed in this match up. Strickland has a shorter reach and is at a speed disadvantage — Hall absolutely cannot allow himself to fall behind at distance. Even if he gets tired, he has to keep popping “Tarzan” with the jab.

Otherwise, I’d like to really see Hall commit to his right low kick, whether to the thigh or calf. Strickland exposes his lead leg while jabbing, and he’s going to have to reach for Hall a bit. If Hall punishes that habit by attacking the leg, it will go a long way in slowing his opponent down, which is especially valuable in a five-round fight.

Ten of his wins come via knockout.

The blue print to defeating Uriah Hall is well-written, and Strickland has the skills necessary to implement it. Hall does not do all that well with pressure, as he tends to fall behind on the volume and start backing into the fence, leaving himself open to losing rounds and eating big hooks alike.

Strickland has the toughness and boxing chops to advance through counter fire and keep Hall uncomfortable. Plus, from his back foot, Hall’s spin kicks can create takedown opportunities for an advancing foe, a la Robert Whittaker. Strickland mixing in a shot or two would be smart, as would some kicks to interrupt Hall’s attempts to circle off.

With Israel Adesanya running through contenders at a scary pace, fresh blood in the Middleweight Top Five is necessary.

Hall very clearly wants to fight “Stylebender,” and it’s such an easy sell. Even as someone quite pessimistic about his odds in that match up, I’d still tune in — some delightful kickboxing is guaranteed! If Hall can score a spectacular knockout here, maybe he does jump the somewhat nonexistent queue right into a title fight.

Strickland doesn’t quite have the name power to make such a leap, but a win would still be the biggest of his career, capping off his best win streak yet. Defeating Hall proves that Strickland can be both durable and consistent at 185 lbs., a pair of much-needed attributes that eluded him at Welterweight.

Most likely, a win for either man scores him a title eliminator against the likes of Jared Cannonier or Darren Till.

Remember that MMAmania.com will deliver LIVE round-by-round, blow-by-blow coverage of the entire UFC Vegas 33 fight card right here, starting with the ESPN/ESPN+ “Prelims” matches, which are scheduled to begin at 6 p.m. ET, then the remaining main card balance on ESPN/ESPN+ at 9 p.m. ET.

To check out the latest and greatest UFC Vegas 33: “Hall vs. Strickland” news and notes be sure to hit up our comprehensive event archive right here.

At UFC Vegas 33, Uriah Hall and Sean Strickland will battle in the main event. Which fighter will earn the victory?