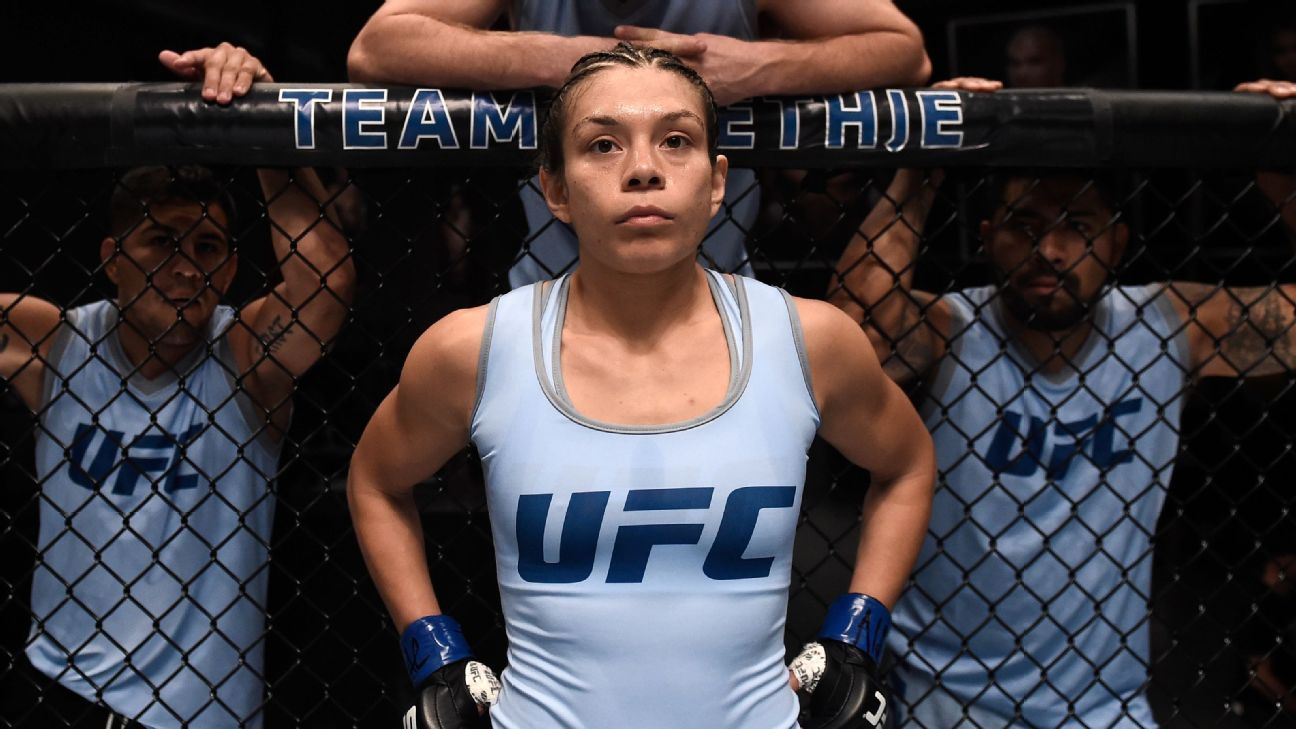 The career trajectory of the first-ever UFC women’s flyweight champion continues to be an odd one.

Nicco Montano missed weight Friday morning by seven pounds and her women’s bantamweight bout with Wu Yanan was pulled from Saturday’s UFC Fight Night card, the promotion announced. The bout was contracted at a limit of 136 pounds and Montano weighed in at 143 pounds. Yanan weighed 135.5 pounds.

Montano has struggled to get into the Octagon since beating Roxanne Modafferi to become the first-ever UFC women’s flyweight champion in December 2017. The New Mexico resident was stripped of the title in September 2018 when she was hospitalized attempting to cut weight for her first title defense against Valentina Shevchenko and the bout was called off. Montano, 32, has not fought since a loss to Julianna Pena in July 2019.

Since the beginning of 2020, Montano has had six fights cancelled for various reasons, including weight issues, injury and a positive test for COVID-19.

Wu (11-4), a 25-year-old prospect from China, was attempting to snap a two-fight losing streak.

The UFC lost another bout Friday at weigh-ins, as well. Ronnie Lawrence was pulled from a bout with Trevin Jones for health reasons. Philip Rowe missed weight by 2.5 pounds for a welterweight bout against Orion Cosce, coming in at 173.5 pounds. Rowe will forfeit 20% of his purse to Cosce and the bout will go on as scheduled.

UFC Fight Night will move on with 11 bouts after originally starting at 15. The card is headlined by a middleweight contender bout between Uriah Hall and Sean Strickland.