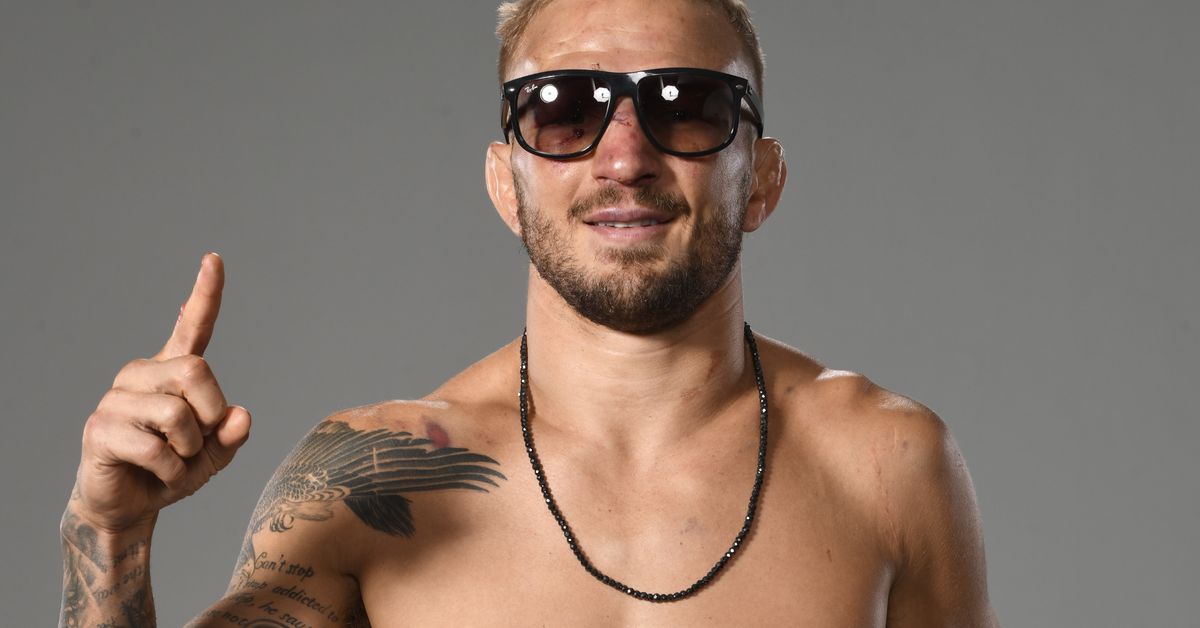 By returning from a 2.5 year layoff to score a split-decision win opposite Cory Sandhagen in an all-action fight, TJ Dillashaw may have just earned a title shot. Of course, he’ll have to wait out Petr Yan vs. Aljamain Sterling 2 and recover from knee surgery, but all things considered, Dillashaw’s position at 135-pounds is worlds better than it was two weeks ago.

As Dillashaw rejoins the title mix, current kingpin Sterling isn’t exactly raving about the return of “Needleshaw.” Sterling still sees Dillashaw as a cheater and believes he has been for a long time.

“I think T.J., ever since he fought John Dodson, I think since that fight he turned a corner and he turned a corner in a very different way. I’m gonna say it was definitely the ‘Needleshaw’ effect,” Sterling told Sirius XM’s Fight Nation (via MMAFighting). “I would definitely still fight him but I’m gonna always have it in the back of my mind that this guy’s probably finding another way to cheat. It is what it is. I think he looked very different in that fight. He wasn’t as dominant as you typically see in a T.J. Dillashaw type of fight and I think there’s a reason for that. You can look at that in terms of the MMA skill level has gotten better or he doesn’t have all the substances in terms of his cardio being the crazy machine that it always is, his recovery and everything.”

Additionally, Sterling takes issue with the narrative surrounding Dillashaw’s comeback. He points out that Dillashaw did in fact test positive for EPO — he did not make any admission prior to the negative test.

“I have no problem with fighting him,” Sterling said. “The only issue I really have with T.J. Dillashaw that pisses me off is that he keeps saying that he came clean. You didn’t come clean, you idiot! You got caught! You. Got. Caught. What universe are we living in? And the UFC is pushing this narrative like, ‘Oh, he’s changing his life and he came clean’ and T.J.’s saying, ‘Oh, I’m so glad and relieved that I came clean about it.’ I’m like, bro. You idiot.”

If Sterling manages to defend his title vs. Yan, a clash between “Funkmaster” and Dillashaw may come to fruition sometime next year.

A very Australian story: Robert Whittaker and his wife do battle with a funnel web spider!

Sean Strickland has really let his freak flag fly ahead of his first-ever main event slot. Guy has a way with words …

Mark Hunt is returning to action in some form or another.

RIZIN is going hard on their promotional posters this year.

Many have tried, but few have made an impact in the Francis Ngannou body shot challenge.

The science behind Cory Sandhagen’s knee bar and its damage on TJ Dillashaw — is it weird to anyone else that the scoring basically didn’t consider this as effective damage in the first round?

On this day … Quinton Jackson immediately dove into the deep end of competition in PRIDE, and Kazushi Sakuraba again proved himself a legend.

This kick looks like it caught a bit of the jawline to me, but a kick to the neck probably doesn’t feel great either!