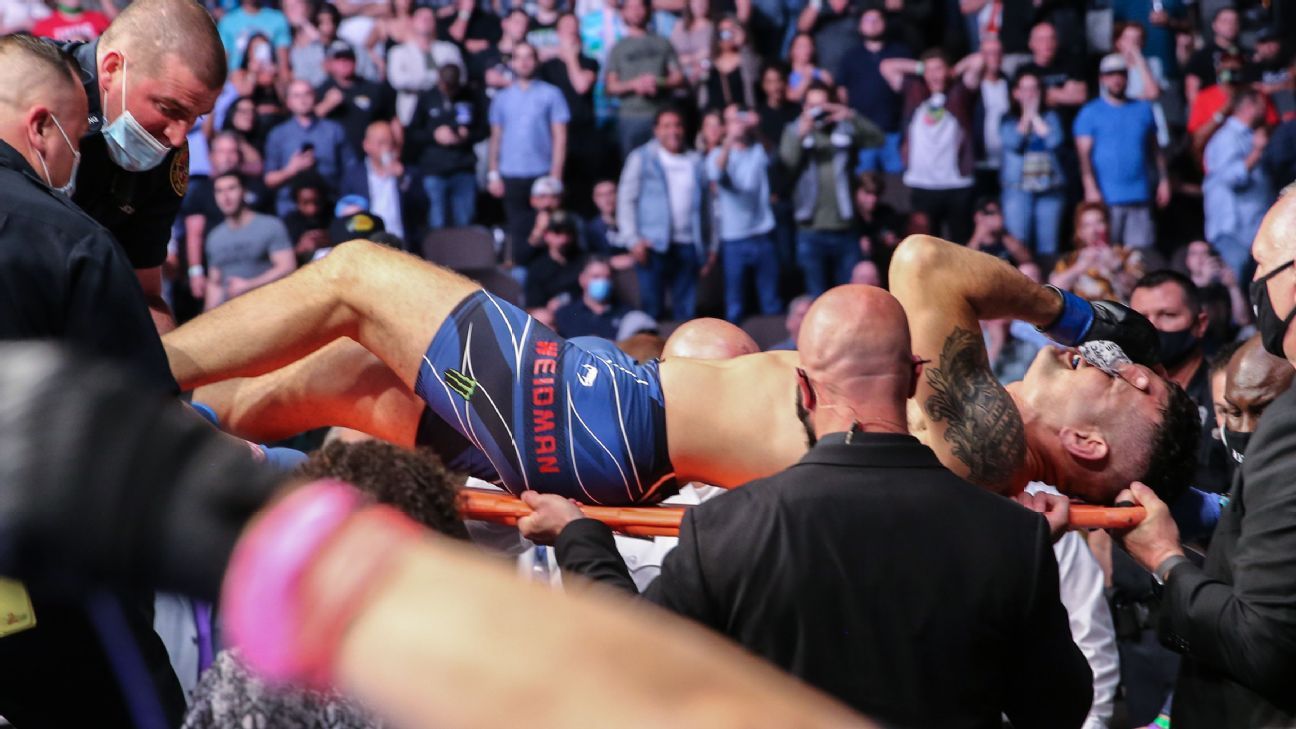 Chris Weidman has another hurdle to overcome after a gruesome broken leg sustained in a fight earlier this year.

The former UFC middleweight champion wrote Wednesday on Instagram that he will need another surgery on the right leg he fractured in a fight with Uriah Hall at UFC 261 on April 24.

Weidman had emergency surgery to repair a broken tibia and fibula the day after the bout, but told SiriusXM Fight Nation on Wednesday that “the bones aren’t healing” the way they were meant to.

“I did expect setbacks and some issues with this type of traumatic injury,” Weidman told SiriusXM Fight Nation. “I’ve been through a lot. At the end of the day, I guess my mindset is I’m a positive person to begin with. Not that I don’t have moments of negativity and laziness and lack of motivation. But I’m usually a glass-half-full type of person. I think that helps.”

Weidman said doctors told him that his fibula will need to be plated during the second surgery, because the bones are “non-union,” a term associated with defective healing. Weidman did not provide a timetable for any type of return to the UFC, though he has said that he is not done fighting.

Just 17 seconds into the fight with Hall, Weidman threw a hard kick with his right leg at Hall’s legs. Hall blocked and Weidman’s right leg snapped and wrapped around Hall’s left leg in unnatural fashion. The scene was reminiscent to when longtime former UFC middleweight champion Anderson Silva broke his leg against Weidman in 2013.

Weidman (15-6) was attempting to go on a winning streak for the first time since 2015 against Hall. The New York native has now dropped six of his past eight fights, one of which was the defeat that cost him the title against Luke Rockhold.

Weidman, 37, was the UFC middleweight champion from 2013 to 2015 and earned three successful title defenses.