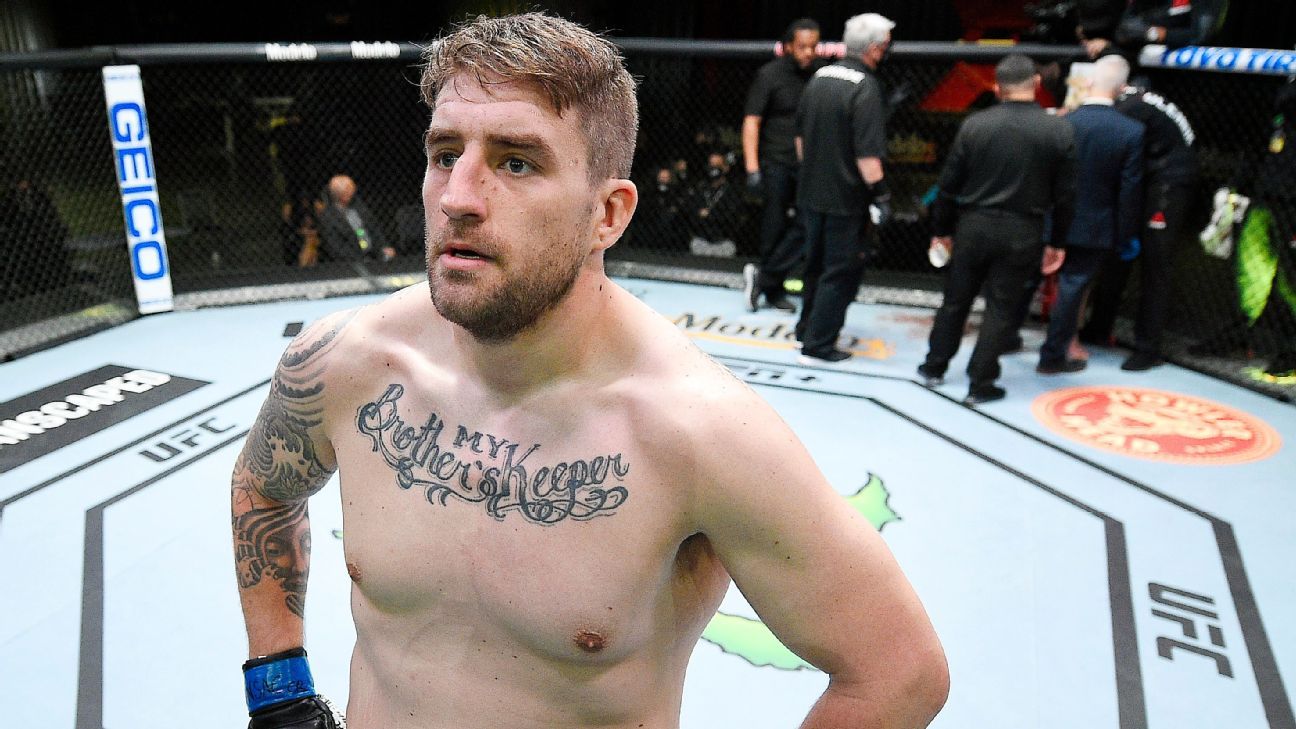 The UFC has had to make several changes to its Fight Night card for Saturday in Las Vegas.

In addition, a welterweight bout between Mounir Lazzez and Niklas Stolze was altered because Lazzez had visa issues, the UFC said. Jared Gooden will now step in and fight Stolze, officials said.

These changes come after a bout between fan-favorite middleweight Sam Alvey and Roman Kopylov was scrapped from the Saturday schedule due to visa issues for Kopylov.

The UFC on Tuesday said Abdurakhimov, who is the No. 10 heavyweight in ESPN’s rankings, would now face Daukaus at UFC 266 on Sept. 25 in Las Vegas.

The new UFC Fight Night co-main event Saturday will be a bantamweight contest between Kyung Ho Kang and Rani Yahya, according to UFC.com. The card will continue to be headlined by a middleweight contender bout between Uriah Hall and Sean Strickland.