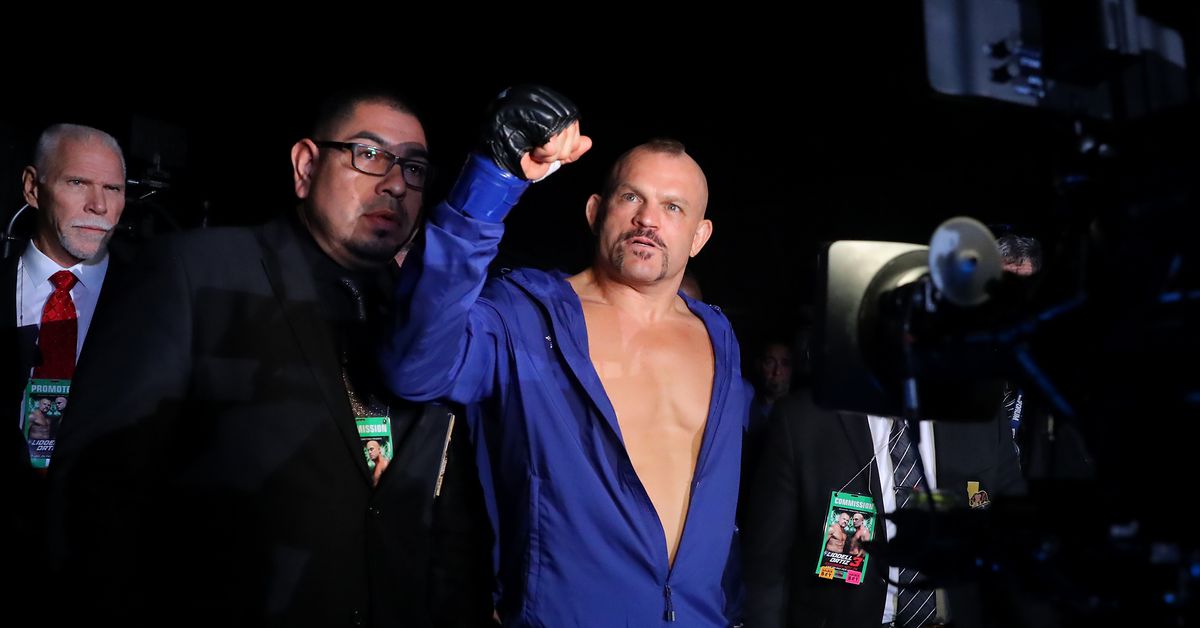 There can be no questioning that Chuck Liddell is a legend of the sport, a five-time UFC Light Heavyweight champion and one of the first North American stars to come from cage fighting. “The Iceman” changed the sport, scoring dramatic knockout wins over big name foes like Randy Couture and Tito Ortiz.

Sadly, that was all quite a long time ago. Liddell’s first stint of retirement began in 2010 on the heels of three consecutive knockout losses and lasted eight years, before he returned to cough up another KO to Huntington Beach’s most infamous (former) city councilman. The sprawl-and-brawl pioneer promptly returned to retirement, which appeared to be a lasting decision …

Or not! While providing commentary for the Bare Knuckle Fighting Championship (BKFC) 19 event last Friday (July 23, 2021) — HIGHLIGHTS! — the 51-year-old Liddell was asked about a potential return to action sans gloves, and the Hall Of Famer kept the window open.

“It would all have to depend,” Liddell said during the broadcast (via MMAFighting). “We’d have to talk about it. Yeah, if they pay enough money, sure. It all depends on what they come up with. We can talk about it. If they’re interested come and talk to me.”

Is it likely to happen? Probably not, but BKFC has expressed interest in older legend fights previously. Notably, they offered Mike Tyson an outrageous $20 million for his return, so if nothing else, BKFC seemingly has the cash to recruit other retired stars.

Adrian Yanez gets his shoutout from Dr. Pepper … hopefully he eventually gets some cash or at least product!

This reads like a touch match up for Walt Harris given his current skid, but it’s likely to be a fun scrap!

Chris Daukaus is NOT PLEASED about the latest delay to his bout vs. Shamil Abdurakhimov.

In rather unfortunate news, the wait for Tatiana Suarez’s return to combat continues on.

Sources tell me Tatiana Suárez is out of her upcoming flyweight debut vs. Roxanne Modafferi due to injury. They were supposed to meet at #UFC266 but now the promotion is looking to re schedule the fight.

Hector Lombard provides some context to his beef vs. Tyron Woodley, and he’s been calling for a bare knuckle match vs. “T-Wood” as well!

A great angle on the knee sends the mouth piece flying!

Did he kick off the fence for this Superman punch?

A rare moment: I feel quite proud to be from New Jersey right now.

Midnight Music: The Turning Wheel is the latest album from progressive pop act Spellling, and it’s gaining a bunch of hype online. I had to check it out, but truth be told, I couldn’t pay it the attention it deserved while also typing up articles! A closer listen is necessary for actual insight, but until then, I am reminded of Kate Bush.