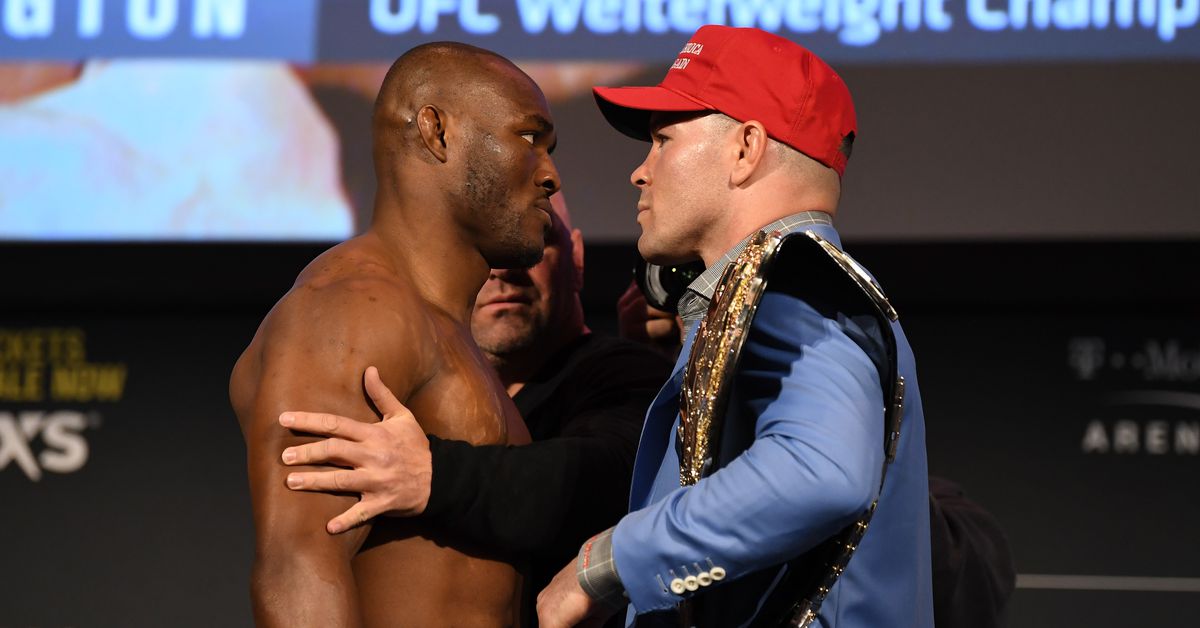 And he’ll do it as the -270 betting favorite, according to BetOnline.ag.

That line might seem a little high based on the competitiveness of their first fight, which ended by way of technical knockout in favor of the champion in the fifth and final frame. That said, Usman has successfully defended his title three times since they last fought, scoring consecutive knockout wins over Gilbert Burns and Jorge Masvidal along the way.

Covington, the +230 underdog, pushed around a shopworn Tyron Woodley.

No doubt the incoming money will influence these betting lines in both directions though it’s reasonable to suggest Usman will remain a healthy favorite. That might be good news for the Covington fan base, assuming such a thing exists, and you can expect a bevy of bizarre prop bets (like these) as we get closer to fight night.

I have -145 on the “abusive” troll army hunting down Marc Goddard.