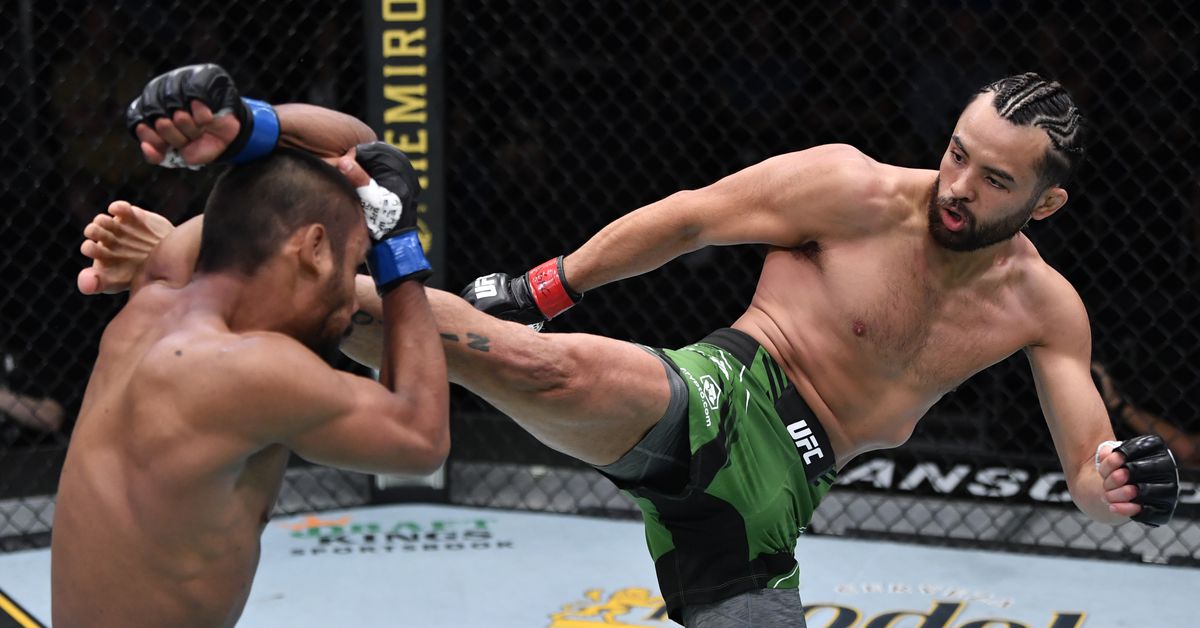 A wild three-round scrap between Kyler Phillips and Raulian Paiva was an easy choice when the “Fight of the Night” bonus was handed out at UFC Vegas 32.

Although the UFC Vegas 32 headliner between ex-champ T.J. Dillashaw and Cory Sandhagen delivered plenty of excitement, it didn’t quite have the frenzy of the co-main event, which saw Paiva absorb an insane amount of punishment early only to rebound in deep waters.

Phillips ultimately took home the majority decision, with one judge seeing the bout 28-28 after three rounds. But both fighters took home $50,000 for their efforts.

In other bonuses handed out by the UFC, featherweight Darren Elkins picked up his third performance bonus by doing what he does best: break opponents. When Darrick Minner failed to submit him early in the fight, he ran out of steam and fell prey to the relentless pressure of “The Damage,” leading to a second-round TKO.

And in the main card opener, Adrian Yanez rebounded from a sluggish start against friendly rival Randy Costa, eating dozens of jabs before landing his own power shots for a second-round TKO.

Elkins and Yanez both took home an additional $50,000.