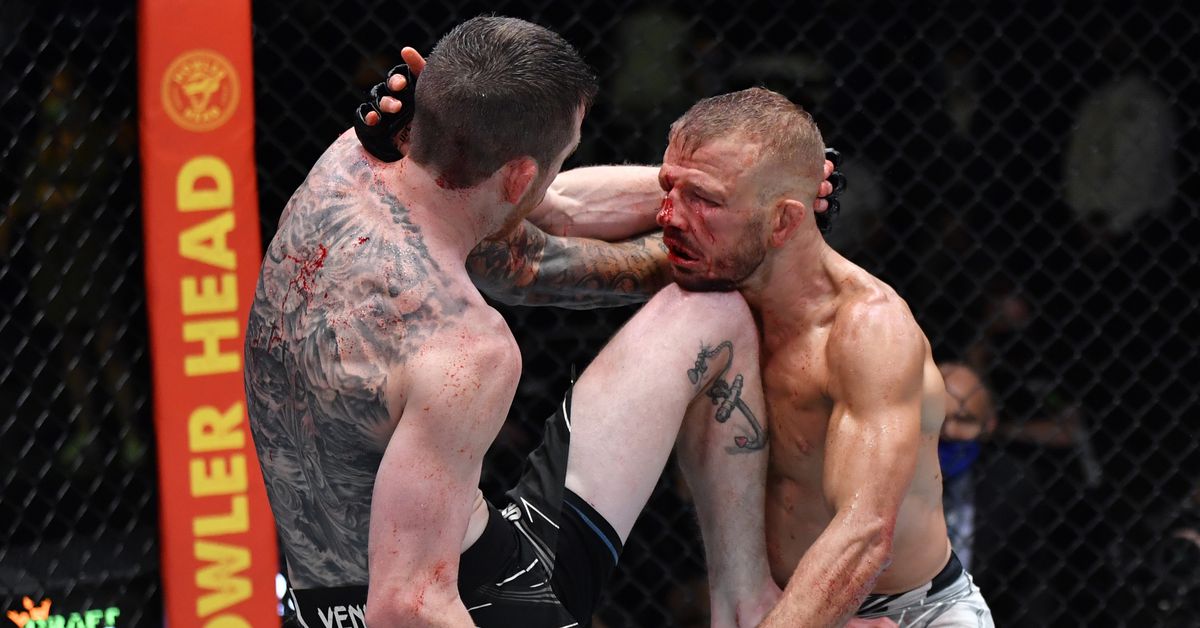 Garbrandt indicated he wasn’t biased by his own personal feelings about Dillashaw, who took home a split decision on Saturday night with two 48-47 scorecards to Sandhagen’s single 48-47 score.

“Legit thought Cory did way more damage the take downs didn’t do sh*t with them and controlling him against the cage wasn’t a deciding factor, Cory looked cleaner and did more damage,” Garbrandt wrote on Twitter after the fight. “Feel for Cory that was his fight.”

Legit thought Cory did way more damage the take downs didn’t do shit with them and controlling him against the cage wasn’t a deciding factor, Cory looked cleaner and did more damage. Feel for Cory that was his fight. https://t.co/kSgh1VsrDq

Dillashaw returned from a two-year layoff and was forced to adjust his strategy mid-fight after suffering a knee injury in the first round. He said afterward that he suffered multiple injuries in training camp for the fight, which was rescheduled from May.

Dillashaw and Garbrandt had a very public falling out after training alongside each other at Team Alpha Male. They co-starred as opposing coaches on The Ultimate Fighter 25 and repeatedly clashed before meeting in the octagon. Dillashaw won their first meeting via knockout to reclaim the UFC bantamweight title and then defended it with a second knockout in an immediate rematch.

Garbrandt indicated he wanted another crack at Dillashaw, who hopes to fight the winner of an upcoming title rematch between champ Aljamain Sterling and Petr Yan on Oct. 30 at UFC 267.

Flyweight champ Brandon Moreno named Garbrandt as an ideal opponent for his first title defense. Garbrandt targeted a move down to 125 pounds before a skid that left him at 1-4 in his past five outings.