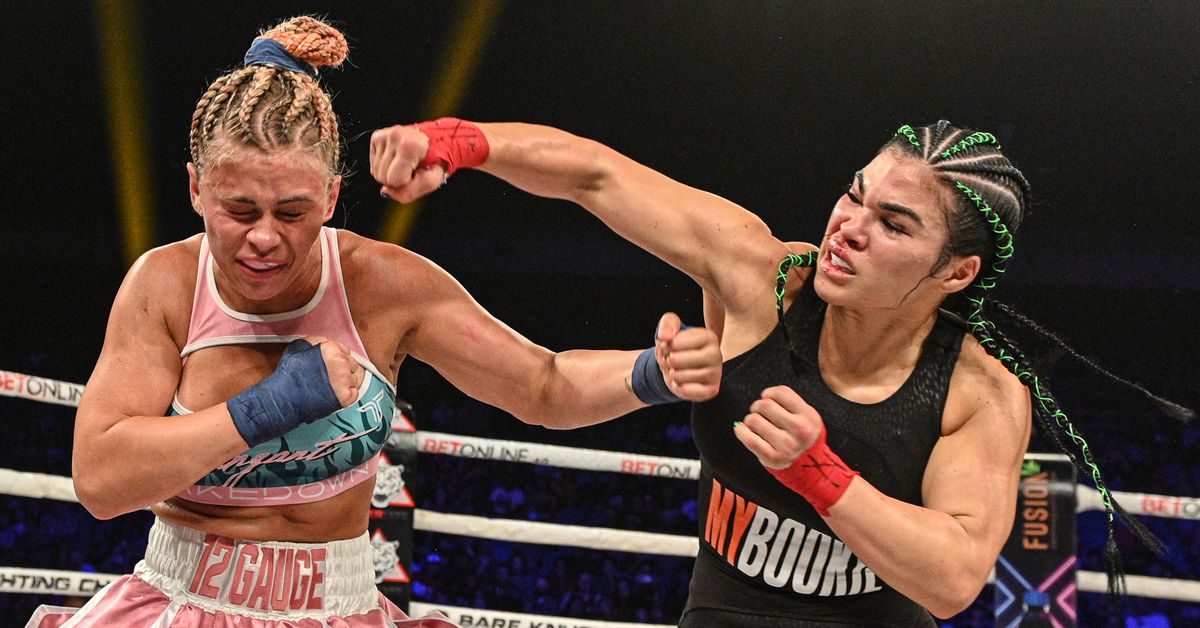 Rachael Ostovich didn’t care that the odds were against her going into her fight against Paige VanZant in the BKFC 19 main event.

A past loss to VanZant in the UFC back in 2019 definitely played some part in her underdog status but it was inexperience in bare-knuckle competition that likely had Ostovich looking like a longshot to win in her debut.

The 30-year-old Hawaiian was more than happy to prove all of those doubters wrong while delivering a showcase performance over five rounds to ultimately win a unanimous decision while adding a second straight loss to VanZant’s record since signing with BKFC.

While proving something to herself was far more important, Ostovich was proud to finally show her true potential to the rest of the world while vanquishing a past opponent at the same time.

“It’s pretty crazy knowing that I knew I was good,” Ostovich explained at the BKFC 19 post-fight press conference. “I knew what I possessed all these years but it just couldn’t translate into my fights. For it to finally come out on the winning side, it feels good. It feels real good.”

As soon as the fight got started, Ostovich was throwing with power behind her punches, showing absolutely no fear to engage in exchanges with VanZant.

That was a problem that plagued VanZant in her first fight with BKFC and Ostovich was obviously paying attention.

“I wanted to get that respect real quick,” Ostovich said. “I wanted to let her know that I ain’t playing around. You’re going to feel my power. You ain’t going to come in here and just boss me around. I don’t care if it’s my first fight here.”

An overhand right was her best weapon all night as Ostovich continuously clubbed VanZant with that same shot on multiple occasions including once in the fourth round that former UFC fighter on wobbly legs.

Even in the moments where VanZant managed to establish a slick jab or connect with a combination of her own, Ostovich was steely in her resolve to walk away victorious and she had no problem telling her opponent that in the ring.

“Just having a strong mindset and knowing that this is my fight,” Ostovich said about her best attributes in the ring on Friday night. “I’m winning this. I told myself ‘this is mine.’ I was even telling her [in the fight]. She would catch me and I’d be like ‘nice, but this is my fight.’

“I was talking to her, letting her know and that’s just what it is. Sometimes you’ve got to believe in yourself when nobody else does. I came out, showed out. I came to do what I came to do and that was win. I didn’t expect anything else, anything less. I was coming home as a winner.”

Prior to the event, Ostovich admitted that she had never previously contemplated taking a bare-knuckle fight and it honestly wasn’t something that interested her.

That changed when BKFC came forward with a lucrative financial package that also included the fight against VanZant and Ostovich was quick to change her mind.

Now after her successful debut, Ostovich has quickly become a fan of bare-knuckle fighting but she’s going trust in the people around her to decide what will ultimately come next in her career.

“Bare knuckle, totally different sport. Honestly when you get in there, it’s fun,” Ostovich said. “I was having fun. I was talking. I was bout it. I was down. It was great.

“It’s definitely up to my manager. I can say yeah [I’ll fight bare-knuckle again] all I want up there but when it comes down to it, it’s got to be on the paper and I’m sure they’ll have a good talk after this.”