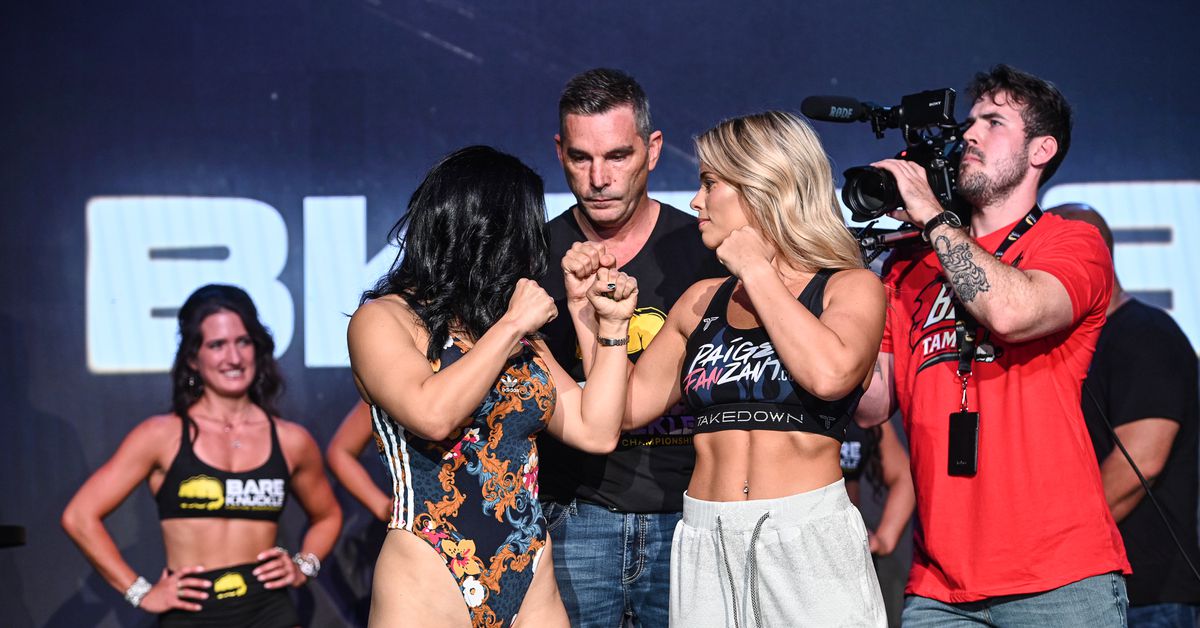 MMA Fighting has BKFC 19 results for the VanZant vs. Ostovich event Friday night and more from the Florida State Fairgrounds in Tampa, Fla.

In the main event, UFC veteran Paige VanZant will try to bounce back from her opening BKFC loss in a rematch against Rachael Ostovich. VanZant defeated Ostovich via submission (armbar) in their MMA clash at UFC Fight Night 143 on Jan. 19, 2019.

Heavyweights Arnold Adams and Michael Terrill will clash in the co-main event.

Check out the BKFC 19 results below.

Report: Conor McGregor denies report of alleged attack on woman in Ibiza
Is PFL Too Tough For Free Agent Franny?
Modestas Bukauskas books return at UFC 284 in Perth vs. Tyson Pedro
Kyler Phillips vs. Raphael Assuncao headed to UFC Fight Night 221 in March
Tony Ferguson says he has been asked to coach ‘The Ultimate Fighter’ opposite Conor McGregor