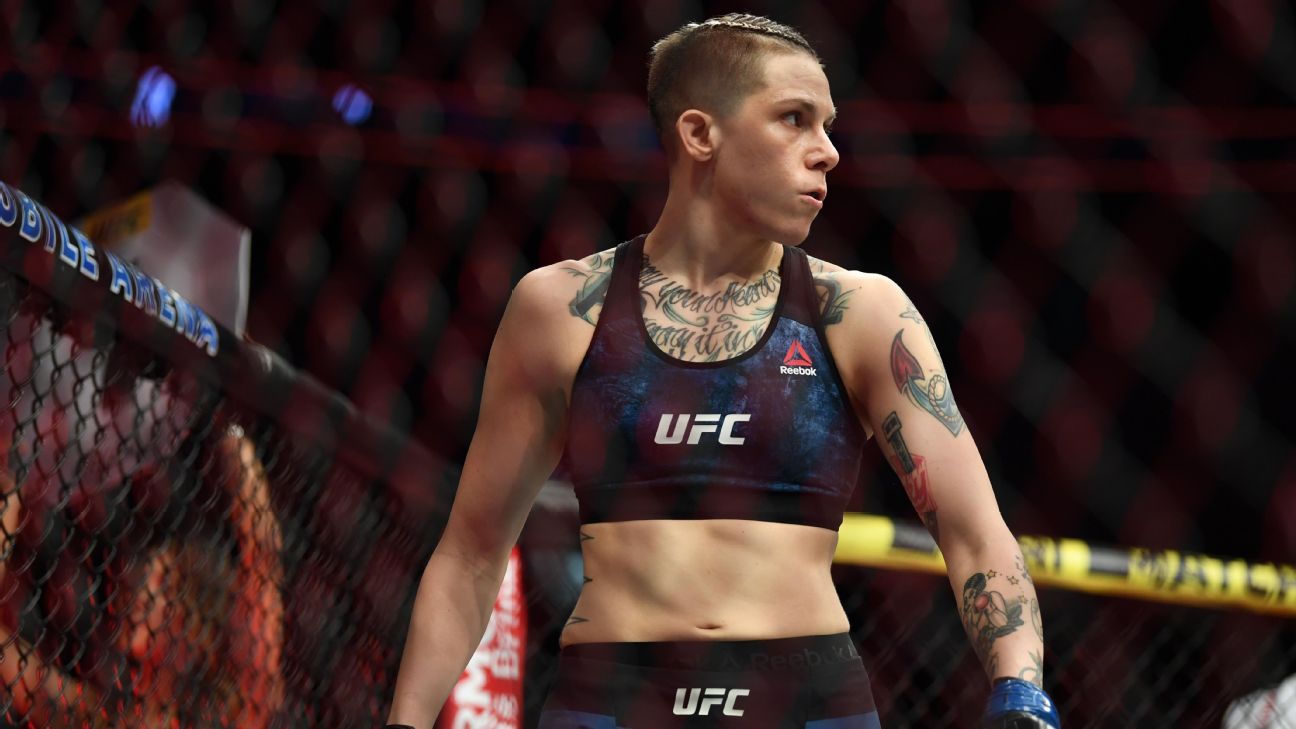 An important women’s bantamweight fight is off this weekend’s UFC card.

The scheduled co-main event bout between Aspen Ladd and Macy Chiasson has been canceled because of an undisclosed Chiasson injury, UFC officials told ESPN on Thursday. The Saturday event in Las Vegas will go on with 11 fights.

ESPN has Ladd ranked No. 4 and Chiasson at No. 10 in the world at women’s 135 pounds. The winner of the fight, if it happened, could have put herself in line for a future title shot.

Ladd (9-1) was set to make her return from knee surgery. The 26-year-old California native has not competed since a third-round TKO win over Yana Kunitskaya in December 2019. Chiasson (7-1), a 29-year-old New Orleans native, is on a two-fight winning streak and is a former Ultimate Fighter champion.

UFC Fight Night will be headlined by a potential bantamweight title eliminator between Cory Sandhagen and former champion TJ Dillashaw, who is returning from a two-year doping suspension.