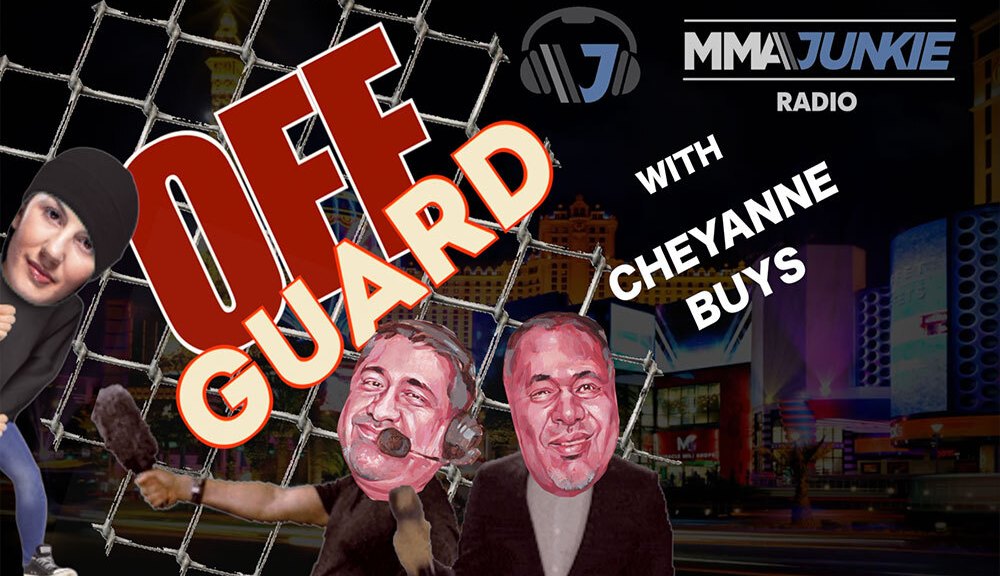 Buys (5-2 MMA, 0-1 UFC) dropped a unanimous decision to Ruiz in her UFC debut in March when she spent significant time on bottom trying to fend off Ruiz’s signature headlock. After the fight, both women had to be separated when Buys accused Ruiz of spitting on her, which prompted “Conejo” to flip her off.

“I’d love to slap the sh*t out of her,” Buys told MMA Junkie Radio. “I mean, you don’t disrespect someone after a fight like that. For no reason, too. She obviously kinda had a bit of karma over the weekend, I feel like, but we’ll definitely see each other again. Even after this fight. She can get it anytime, anywhere.”

But first, Buys has business to handle July 31. She faces Brazil’s Gloria de Paula (5-3 MMA, 0-1 UFC) at UFC on ESPN 28 and is looking forward to showing off everything she’s been working on since relocating to Las Vegas.

“I’m really excited for my next fight,” Buys said. “I feel like my last fight, you guys didn’t get to see the full Cheyanne Buys, but now I’m ready to go by next Saturday.”

She continued, “I still feel like I have a lot more work to do. I definitely feel every fight I’m showing a little bit more of something again, except for my last fight. But I feel like with my training, especially right now with this camp that I just had, I feel I grew 1-10 as an athlete. I’m really excited to display it, I’m really excited to just go out there and have some fun this fight and show everyone what I know I’m capable of.”

BKFC 35 results and free live video stream (8 p.m. ET)
Ex-champ Rockhold exits UFC to fight elsewhere
Tony Ferguson Says He’s Been Offered To Coach TUF With Conor McGregor
Volkanovski on Islam fight: ‘People have forgotten what I have accomplished’
Jose Aldo to be inducted in the UFC Hall of Fame