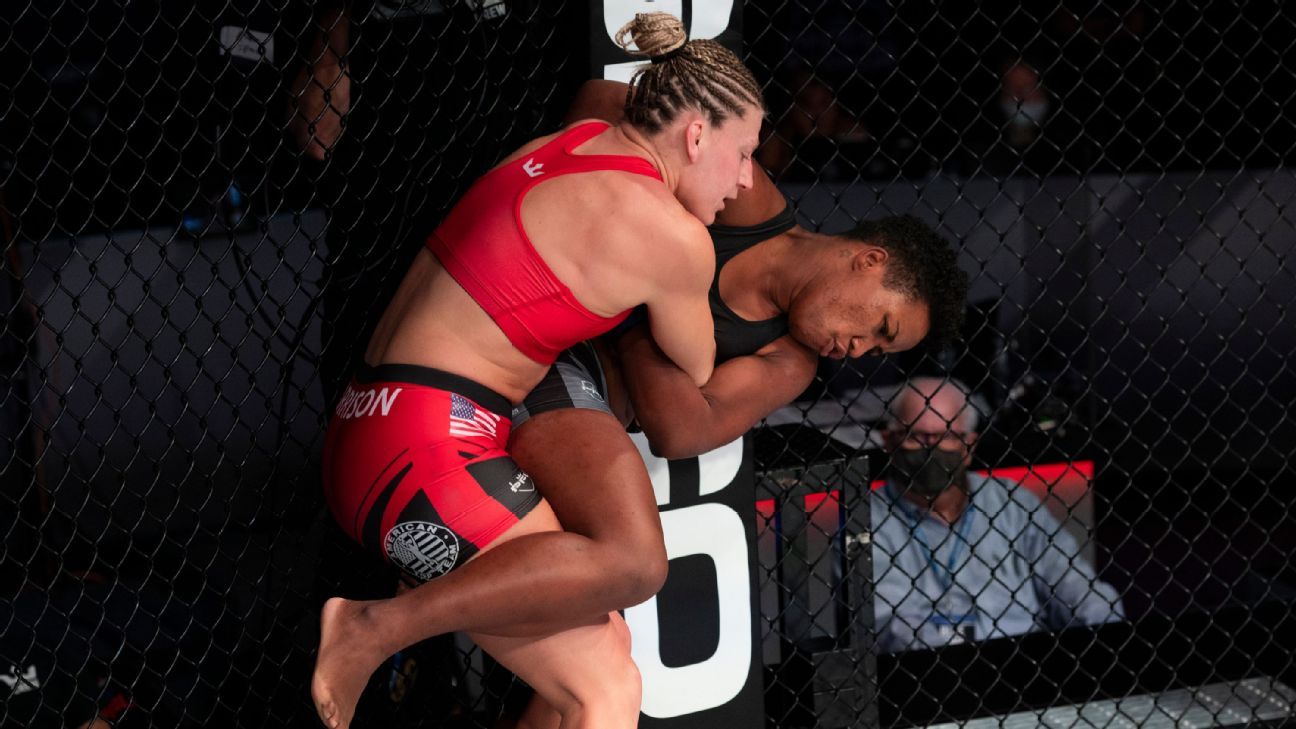 The PFL appears poised to put Kayla Harrison to a test in 2022, in order to see what kind of star it has on its hands.

Harrison first faces tests this summer and fall in the 2021 playoffs, of course, but it would be a shocker if those hurdles slow her roll. Anything can happen in a fight, it’s true, but nothing good has happened for those who have fought the two-time Olympic judo gold medalist to this point in her 10-0 MMA career. Harrison faces Genah Fabian, author of knockouts in two of her last three bouts, in the PFL women’s lightweight semifinals on Aug. 19.

But next season, especially if Harrison ends this playoff run as a two-time PFL champ, she will likely face a test of a different sort — one that takes place beyond the cage, in the sports marketplace. According to Peter Murray, CEO of the PFL, the fight promotion plans to venture into the pay-per-view business in 2022. Murray would not specify any fights or fighters his matchmakers are planning around, but if anyone in the PFL might attract paying customers, it’s Harrison.

“We have pay-per-view talent today in the PFL,” Murray told ESPN. He was speaking generally, but practically in the next breath he called Harrison “a PFL superstar in a class of her own.”

One event the PFL might move to PPV in 2022, Murray acknowledged, is its season-closing championship event, with six $1 million winners crowned in one night. These fights, like the season and playoffs that lead up to them, currently air on ESPN2. “Our championships are pay-per-view-caliber events, with the six world title fights,” he said.

Beyond that, Murray said the PFL plans to schedule stand-alone pay events outside its season format, with hopes of attracting “game-changing talent, needle movers, who want to come fight under the PFL banner on our pay-per-view platform.”

One name that could figure in those plans is Claressa Shields, the three-division world boxing champion who made her MMA debut last month in a showcase fight at PFL 4. Shields is a neophyte in her new sport but a star in her old one, No. 2 in the ESPN women’s boxing pound-for-pound rankings. Murray said the PFL will decide “by the end of the year” if Shields will be part of the 2022 women’s lightweight season. If she’s not, putting her fight on PPV would add value.

Murray offered a few other insights on the future of the PFL.