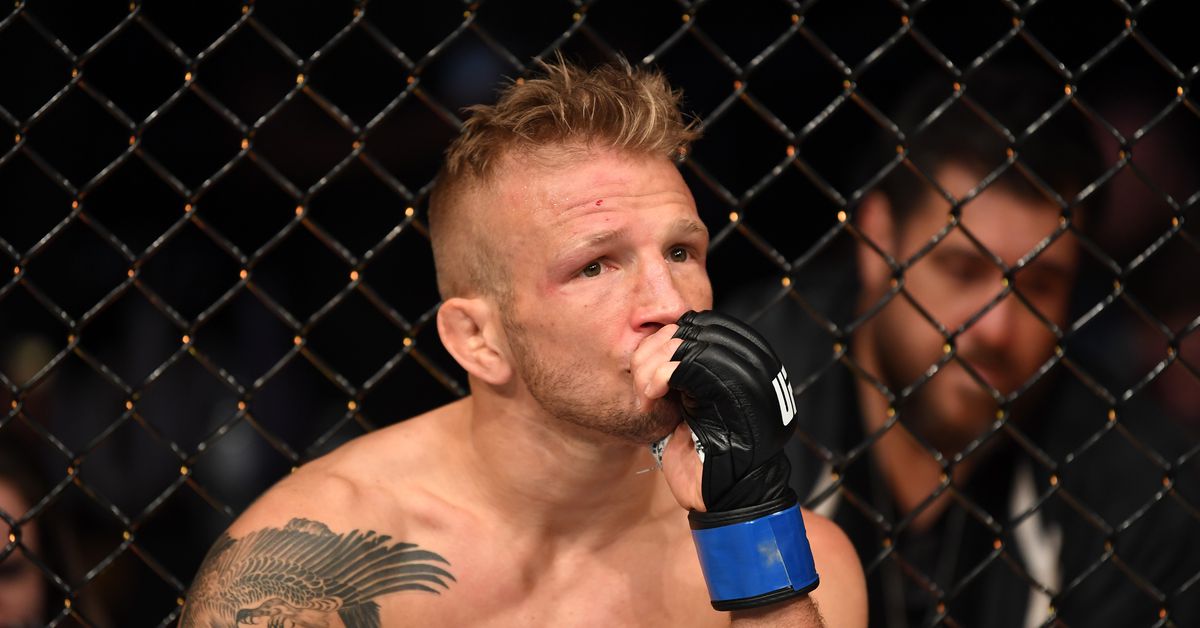 Adrian Yanez is not buying into the T.J. Dillashaw brand.

Former UFC Bantamweight champion Dillashaw makes his return against Cory Sandhagen in the main event of UFC Vegas 32, taking place at the UFC Apex in Las Vegas, NV on Sat., July 24 via ESPN+. Fellow bantamweight Yanez — who fights Randy Costa in a bitter rivalry over snackfood items — tells MMAMania.com why he isn’t sold on the Dillashaw brand.

“The whole EPO stuff and there are certain stories I’ve heard. This is probably not a guy I want to associate myself with,” Yanez explains. “I don’t know him personally, so I can only keep everything face value. And if I’m keeping it face value, I wouldn’t buy into it. It’s like going to the grocery store, seeing the packaging and saying, ‘I don’t want to buy this product.’ I don’t like it, I wouldn’t buy into it.”

Yanez (13-3) and Costa (6-1) have a friendly wager at stake: the winner buys the loser one month’s supply of their favorite snack — Dr. Pepper for Yanez and Reese’s Pieces for Costa. Yanez vehemently defends his love for the Doc when challenged by this interviewer (author’s note: Dr. Pepper and Root Beer have a nasty aftertaste, come at me.)

“Dr. Pepper has 23 flavors of goodness. I’m just telling you if you don’t like it, there is something wrong with you and your tastebuds,” he scolds this writer. “It’s so good! A lot of people trying to dismiss it by calling it ‘barbeque water.’ That’s a compliment where I’m from. I love it. It’s the perfect additive whenever you’re eating barbeque. Even Chili’s down here has Dr. Pepper barbeque ribs. It’s good! People make sauces out of this drink.”

The buzz built around the friendly rivalry taught Yanez a lesson about marketing in the fight game.

“It’s honestly me just being transparent all the way around,” he explains. “I’m not trying to be a Conor or a Colby.

“I feel whenever you show people who you are, they will appreciate it even more. They might like you, they might hate you, but at the day that’s what you have to accept. For me, going on Twitter I’ve been really accepted. And also just engaging with people. If people get to you and you engage back, especially being a fighter in the UFC, they love it. I completely understand because I remember back in the day, I was a young fighter. I don’t think I had even made my pro debut yet. I got a response from Jon Jones and that made my day. It made my month,” Yanez says. “It made me realize I need to get to more people.”

Yanez has finished 10 of his 13 professional wins; meanwhile, Costa has never met the judges. History indicates their fight on Saturday comes to an early end.

“I don’t think it goes 15,” Yanez predicts. “It’s going to be a high-paced fight where every shot looks to put each other away. If you watch Randy fights, that’s all he does. He comes forward and tries to knock you out with everything he has.”

UFC Vegas 32, which will stream on ESPN+, is headlined by Cory Sandhagen vs. T.J. Dillashaw in a fight that will likely determine the next contender for the UFC Bantamweight title after Aljamain Sterling vs. Petr Yan 2.