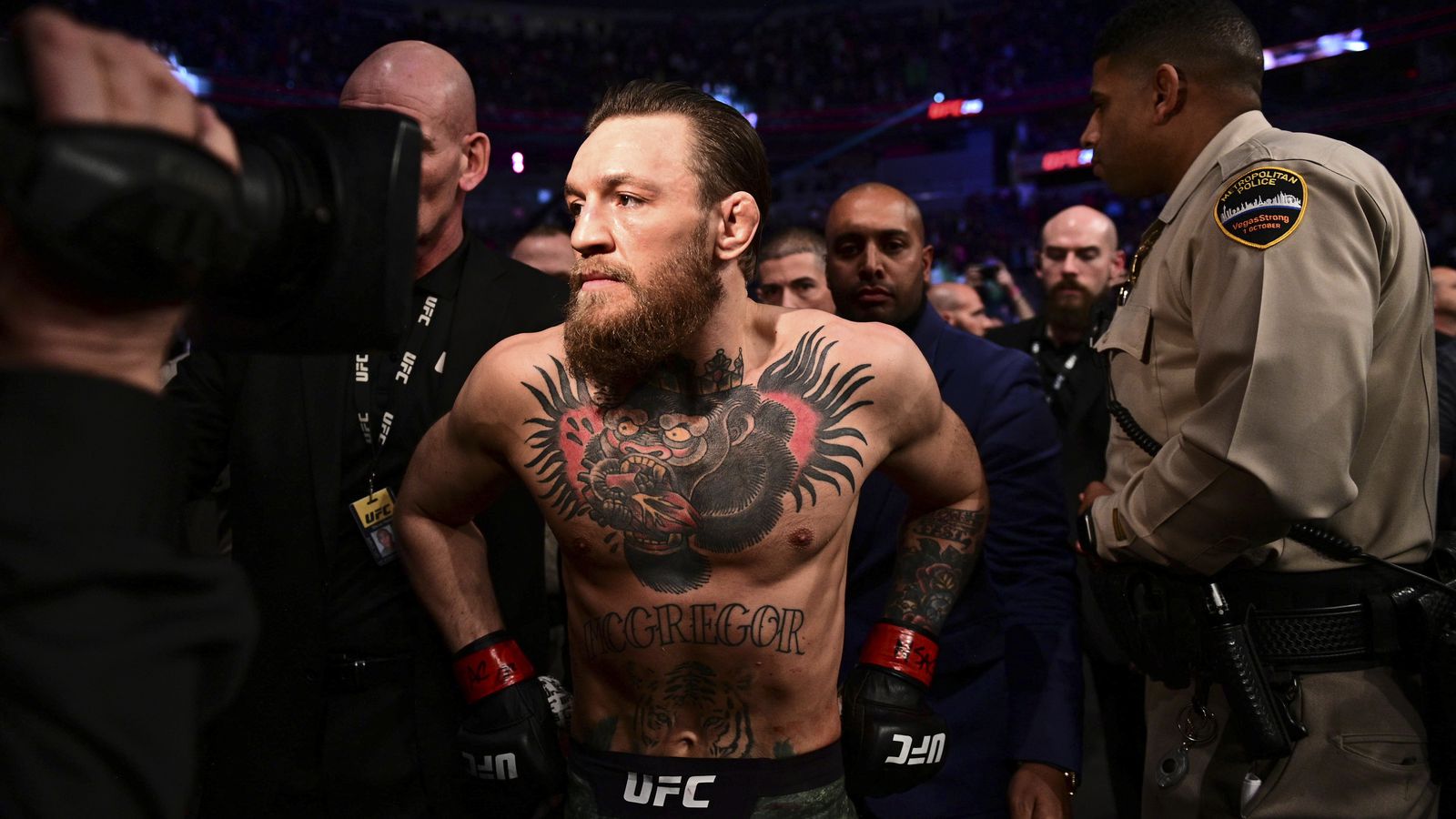 Like it or not, crossovers to and from the World Wrestling Entertainment (WWE) ring and UFC’s Octagon are well-established and likely to continue. All the way from Ken Shamrock to CM Punk, athletes have switched back-and-forth. The two organizations share a significant overlap of fan bases, which is why a big star in one is likely to draw well in the other.

Of course, there’s no bigger star nor showman in mixed martial arts than Conor McGregor. The Irish athlete has teased a crossover previously, and he was once described as a “perfect fit” for the wrestling promotion.

Speaking with Vibe & Wrestling, WWE star Big E explained that while there’s no doubting McGregor’s fame and audience, he may not receive an entirely warm welcome.

“As well as far as his crossover ability, if you ask your neighbor down the street who this is there’s a good chance they’re gonna know who who Conor McGregor is,” He said (via The Sun). “So yeah I would never have a problem with that. Not everyone would welcome him or feel the same but he’s extremely entertaining. And I think if he did come to WWE I think he would get a lot of attention. I think he would be worth the investment I’m sure for a lot of people so yeah, I would not have a problem with it.”

Speaking for himself, Big E mentioned McGregor’s issues with the law specifically as a downside. Notably, McGregor has twice been accused of sexual assault-related charges, and there’s the infamous incident involving McGregor’s fist and an old man at the pub.

“For me, I guess the only stuff that bothers me, and it’s not my position to really judge him, but it’s the legal stuff you know what I mean?” Big E continued. “I take some pride in when I look around our locker room, and I’m not saying things are perfect, but I want to be in a locker room with people who are good people who obey the law, you know what I mean? Who aren’t getting in trouble and that’s the only thing.”

Ultimately, with the amount of revenue McGregor can generate, it’s unlikely anything less than a serious conviction would keep him away from the WWE … if “Notorious” ever chooses to go that route.

Ricardo Lamas is retired, so he apparently spends his time beating up his buddies for fun.

A negative update to this weekend’s fight card:

Billy Quarantillo overcame a terribly placed cut to make it to the Octagon and put on the best performance of his career opposite Gabriel Benitez.

Cut from 2 weeks ago. Almost had to pull out but luckily I healed up super fast. Only got 1 stand up sparring session in the last month of training.. deff an interesting camp pic.twitter.com/cFvDyeXwnV

Rodtang is dangerous at all ranges, but his close distance punching here looks extra nasty!

This is what being a cornerman is all about! Support your athlete!

This is a really slick knockout by Sowma! Controlled the lead hand then shifted to land with big power as Markes tried to circle away.

Jump on the neck and don’t let go!

I don’t think the elbow pads did much to lessen the impact here … Ouch!

What appears to be a surprisingly soft landing:

Midnight Music: It came on the radio and the fiancée won’t stop singing it bum bum buuuuum.