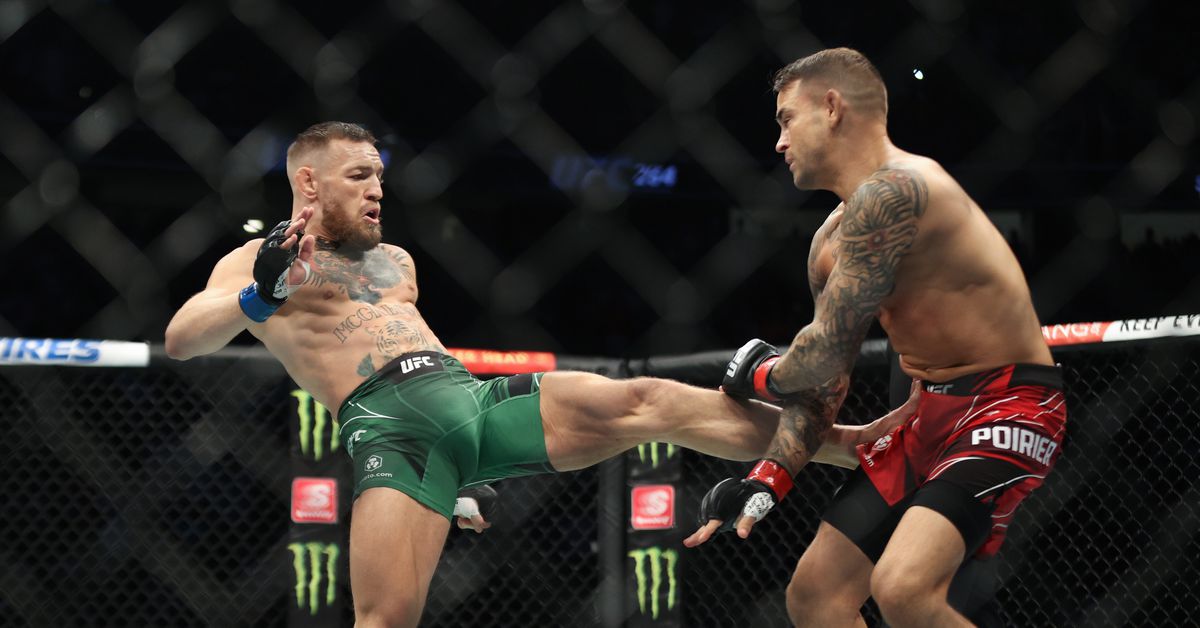 Ultimate Fighting Championship (UFC) President Dana White confirms that Conor McGregor has had leg-related issues for years; however, McGregor made a peculiar decision at UFC 264.

McGregor broke his leg in the main event of UFC 264 against Dustin Poirier at the T-Mobile Arena in Las Vegas, NV on Sat., July 10. In the aftermath of the event, the former two-division UFC champion claimed that his leg was seriously compromised going into the fight. McGregor said the UFC and the Nevada State Athletic Commission (NAC) were aware that he had stress fractures prior to UFC 264.

White, in a recent interview, did not address the alleged stress fractures but shared that McGregor has suffered from chronic arthritis in his ankles for years now.

“[McGregor] has had ankle issues for (the) last couple of years,” White told “Watters’ World” on Fox News (h/t MMA Junkie). “He had asked if he could tape his ankles coming into this fight and he got clearance to do it from the Nevada State Athletic Commission and then he opted not to tape them. I don’t know why. He has chronic arthritis in his ankles.

“It’s going to take him a year to recover from this one before he can come back, so I don’t know,” the UFC boss continued. “We’ll see. The fight game is a tough game and the kid has cemented a massive legacy for himself and made a lot of money. We’ll see how the rest of his career plays out.”

McGregor’s previous claims named the NAC and UFC’s head doctor as parties who were privy to the condition of his compromised leg.

“I was injured going into the fight,” McGregor said. “People were asking me when was the leg-break – at what point did the leg break? Ask Dana White. Ask the UFC. Ask Dr. Davidson, the head doctor of the UFC. They knew. My leg – I had stress fractures in my leg going into that cage. There was debate about pulling the thing out because I was sparring without shin pads, and I was kicking.”

“If we ever knowingly had information a fighter wasn’t fit to fight, we wouldn’t let them compete,” Bennett previously told Las Vegas Review-Journal. “It would go to a doctor and a doctor would make that decision as the expert.”