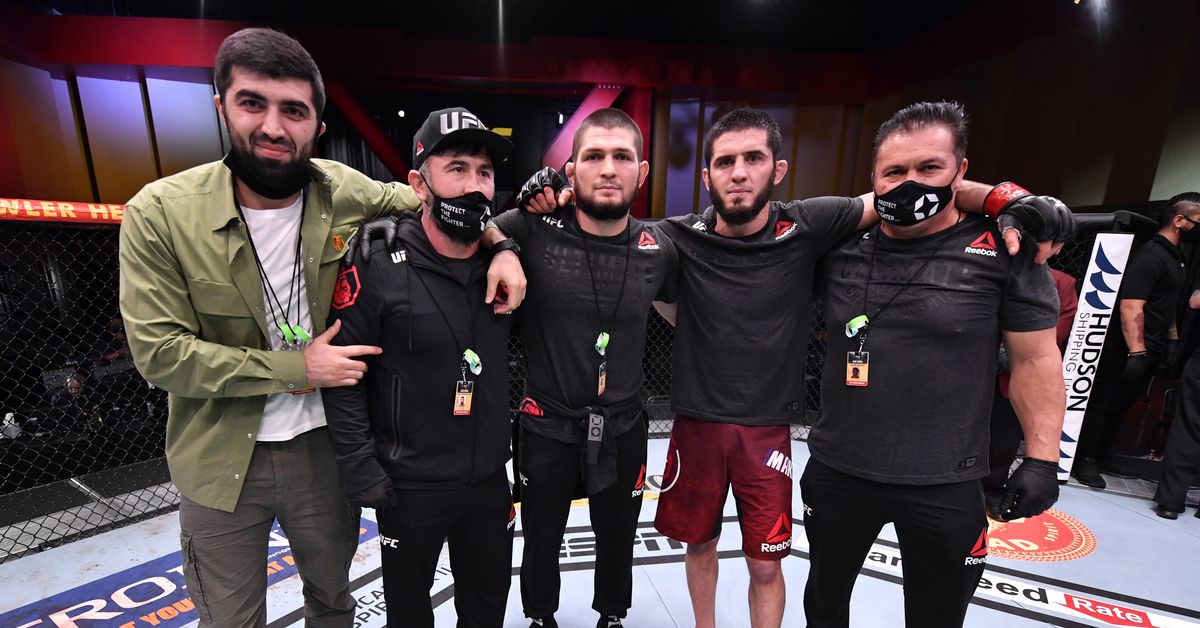 We can only imagine the heavy pressure Islam Makhachev is under being anointed the ‘next Khabib’ by not just his Dagestani countrymen, but by Khabib himself.

But it’s not all bad. Islam has gotten a ton of publicity and hype from Khabib, who has declared Makhachev the king without a crown of the lightweight division, the one who shall hold the belt for a long time once he takes it. And Khabib takes his coaching duties seriously, and isn’t afraid to spread his wealth around to make sure his team is taken care of.

“If somebody say I’m the same like Khabib, I agree with this,” Makhachev said at the UFC Vegas 31 post-fight press conference after his fourth round submission win over Thiago Moises.

“I want to be like Khabib. He is great man, he is champion, he has a lot of money now, a lot of everything but still humble guy. He comes to USA without his family, stays one, two months just to help me. He don’t take money, nothing. He just comes and helps all team. He does everything for team.”

“We come to USA without him, to San Jose,” he continued. “He rent big house for team, he rent lots of cars for team, and nobody pay. He pay for everything. I cannot explain to you about Khabib because he do a lot of lot of stuff but nobody knows. We all have to tell him thank you.”

A new video that recently popped up showed Khabib helping Islam cut weight, and we gotta say it’s impressive to see the Dagestani fighters and how tight of a brotherhood they have going. If iron sharpens iron, they’ve got one hell of an advantage with Khabib still around and helping.