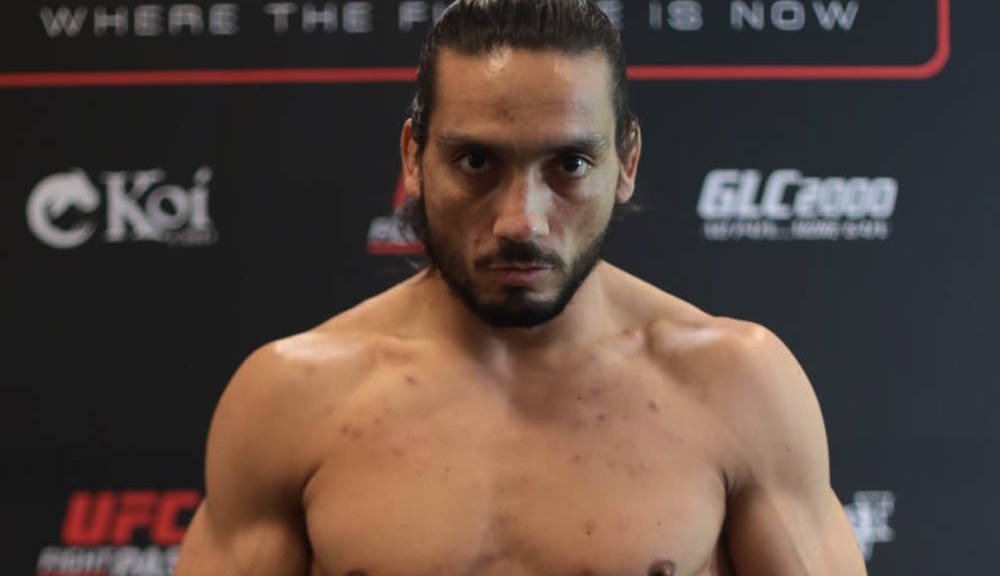 A new LFA welterweight champion was crowned as the promotion held a four-man, one-night tournament Friday – but the road to get there was winding, long, and unusual.

The tournament began with two quarterfinal fights of three three-minute rounds. The first matchup was a back and forth brawl, in which Gabriel Bonfim (11-0) finished Brenner Alberth (8-1) via punches at 0:38 of Round 3. On the other side of the bracket, Leal only needed 69 seconds to finish Diego Dias (13-4) with a violent knockout punch.

Bonfim vs. Real was lined up for the tournament final – until it wasn’t. Due to concussion like symptoms, Bonfim was removed from the matchup and the promotion turned to two alternates, Quemuel Ottoni and Wendell Giacomo, who won on the non-broadcasted prelims.

However, neither Ottoni and Giacomo received medical clearance. In an unusual turn of events, Marques, who lost to Ottani, was named the No. 3 alternate and was placed into the final against Leal.

While he lasted all three rounds, Marques ultimately lost his second fight of the night when he was swept on all three judges’ scorecards by Leal.

In the co-main event, Otto Rodrigues snapped Carlos Augusto da Silva’s eye-popping 17-fight winning streak via a unanimous decision that earned six 10-8 rounds across the three judges’ scorecards. Prior to the bout, Rodrigues had not competed since April 2017.

The most violent finish, perhaps occurred when Kayan Krushewsky brutally knocked out Junior Luiz with a pair of punishing punches. The stoppage came 62 seconds into the fight.

Also on the main card, hyped flyweight standout Carlos Mota (6-0) made his long-awaited return to the cage when he won a fairly one-sided unanimous decision over Jefferson Oliveira (5-1).

Check out the full LFA 112 results below:

Conor McGregor gets offer to coach The Ultimate Fighter: ‘I like it’
Is PFL Too Tough For Free Agent Franny?
Valerie Loureda, AKA Lola Vice, is making her WWE TV match debut this Friday
Report: Kelvin Gastelum vs. Chris Curtis Booked For April 8, MMA Fans React
McGregor denies assaulting woman on his yacht