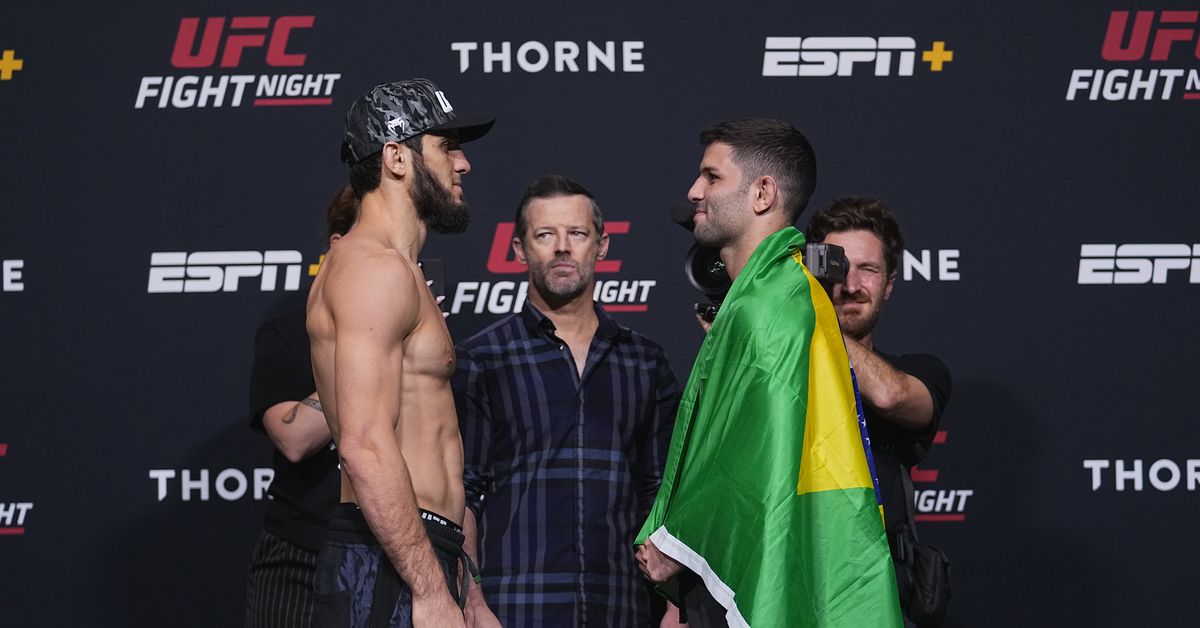 In the main event, Islam Makhachev and Thiago Moises will clash in a pivotal lightweight battle. Makhachev has won seven straight fights, while Moises has racked up three straight wins.

Former UFC bantamweight champion Miesha Tate will also make her return when she squares off against Marion Reneau in the co-main event.

Check out UFC Vegas 31 results below.

A preliminary bout between Miles Johns and Anderson dos Santos has been cancelled due to a positive COVID-19 test in dos Santos’ camp.