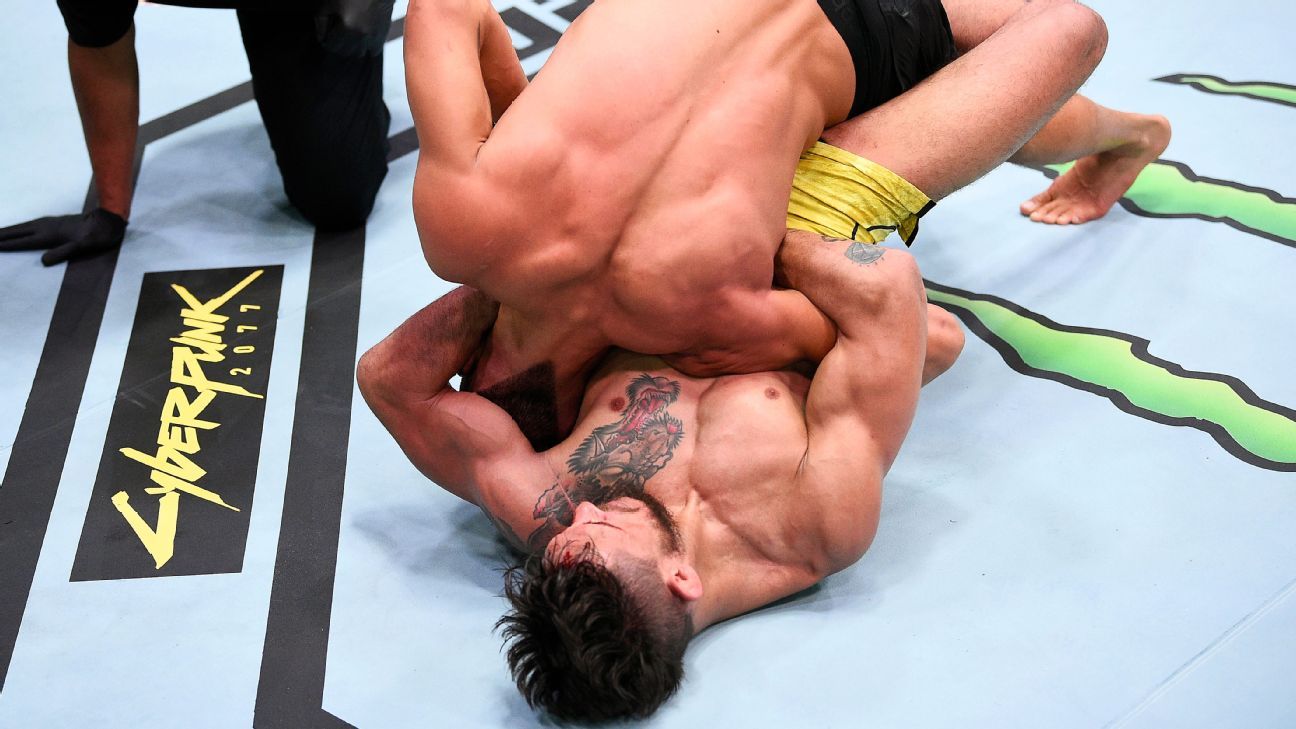 A bout between Miles Johns and Anderson Dos Santos has been removed from UFC Fight Night on Saturday, just hours before the first bell, the UFC confirmed with ESPN.

Per the UFC, the bout was pulled due to COVID-19 protocol issues stemming from Dos Santos’ camp. Johns first mentioned the cancellation on Instagram. The two men were scheduled for a bantamweight matchup on the preliminary portion of the card.

“I want to wish him a speedy recovery, want to thank the UFC for the opportunity but mainly want apologize to everyone who was looking forward to watching me fight today,” Johns wrote on Instagram. “I promise you there is nothing I would rather be doing than putting on a show for you all this evening.”

UFC Fight Night on Saturday is headlined by a lightweight matchup between Islam Makhachev, a rising star and longtime teammate of all-time great Khabib Nurmagomedov, and Thiago Moises.

Johns (11-1) has won two of three in the UFC and is a former LFA bantamweight champion. Dos Santos (21-8) snapped a two-fight losing streak in his last fight, a first-round submission win over Martin Day last November.