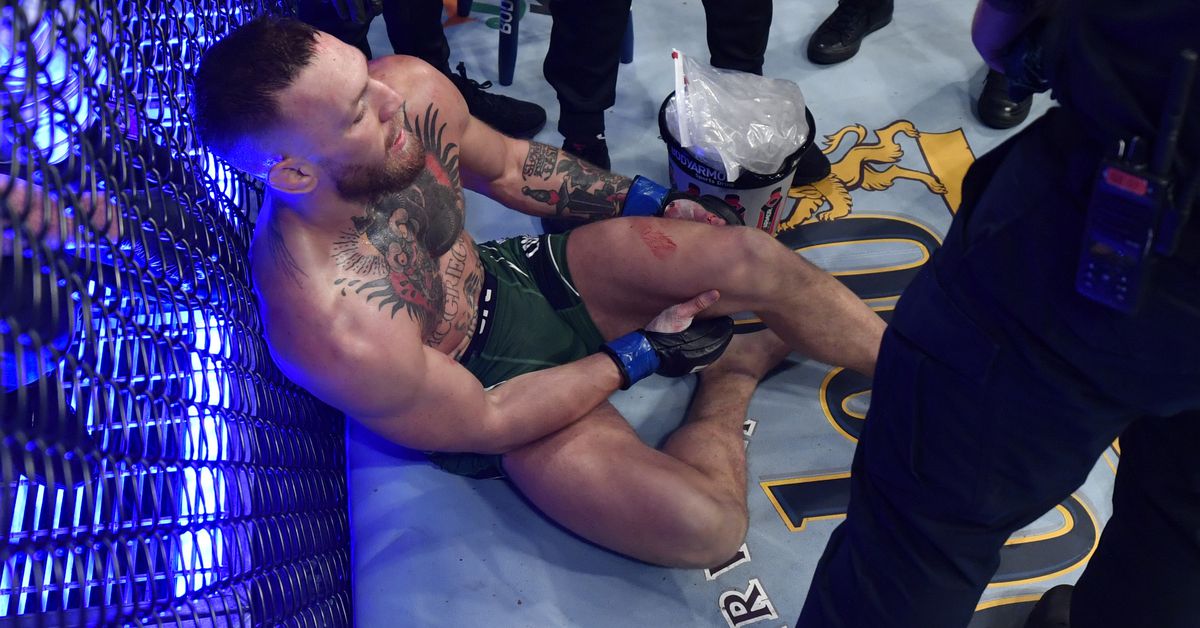 Conor McGregor’s ankle break at UFC 264 may seem like a freak accident, but Joe Rogan suggests the uptick in bone breaks is a growing trend.

Rogan, a commentator for the Ultimate Fighting Championship (UFC), was on the broadcast when McGregor broke his ankle at the end of round one in his fight with Dustin Poirier at the T-Mobile Arena in Las Vegas, NV on Sat., July 10. Some fans have chalked up the ankle break as a freak accident; however, Rogan says it could be the future.

“Here’s what’s really crazy. There have been so many fights in the UFC and to have all these breaks in a row. Jacare Souza had his arm broken (watch here), Chris Weidman got his leg broken. There’s been a ton of breaks over and over again. People are getting good at breaking people’s bones,” Rogan said on a recent episode of The Joe Rogan Experience podcast. (h/t BJ Penn). “The Chris Weidman one was a freak accident. The crazy thing is there have only been four-leg breaks like that in the history of the UFC and Chris Weidman has been involved in two of them.”

Poirier (28-6) was officially awarded a technical knockout (TKO) victory at the end of round one as a result of McGregor’s (22-6) broken ankle. “The Diamond” improved to 2-1 in the series against “The Notorious” one.

For full UFC 264 play-by-play updates and results click here. And to check out the latest and greatest “McGregor vs. Poirier 3”-related news and notes be sure to hit up our comprehensive event archive right here.