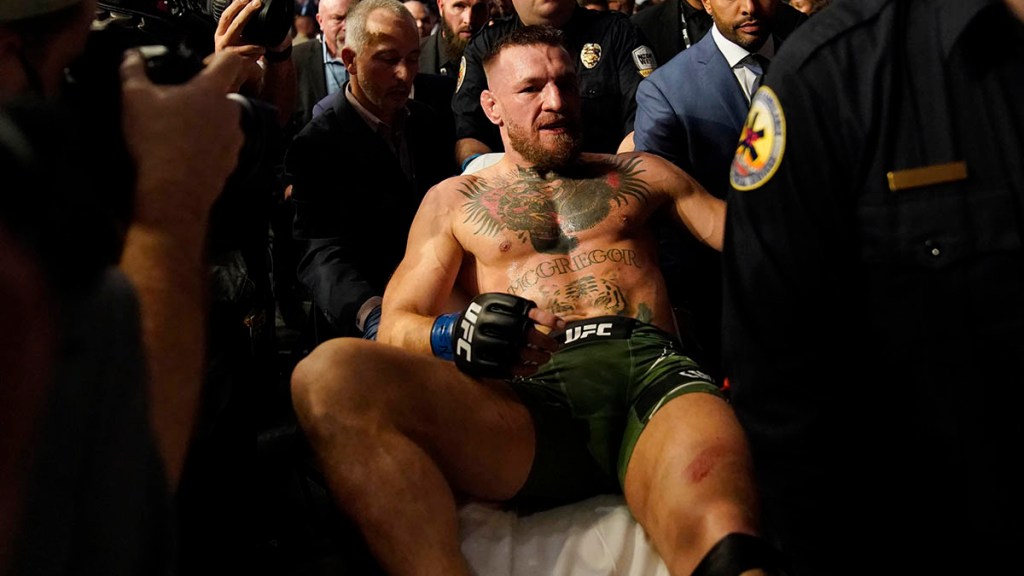 Following McGregor’s unfortunate break of his tibia and fibula against Dustin Poirier in their trilogy fight, McGregor and his team have stated that an injury was pre-existing, which might’ve led to his foot giving way and snapping in the final seconds of the first round.

McGregor took to Twitter on Thursday evening to share various photos purporting to be from his training camp, which show his left leg was compromised and receiving medical attention. The caption by McGregor that accompanied the first set of photos alludes that other fighters would have pulled out of the fight in his situation.

All you pull out merchants wouldn’t last 13 seconds in my world.
My 4 part Netflix docuseries coming soon has the entire bts.
I’m gonna title it “Mad Mac’s: Fury Road” pic.twitter.com/nNNShC8mfo

All you pull out merchants wouldn’t last 13 seconds in my world. My 4 part Netflix docuseries coming soon has the entire bts. I’m gonna title it “Mad Mac’s: Fury Road”

Wouldn’t change my journey for no ones! The greatest of all time! pic.twitter.com/iZhQ3j7B1A

Wouldn’t chance my journey for no ones! The greatest of all time!

The NAC did not respond to MMA Junkie’s public records request to obtain McGregor’s pre-fight questionnaire early Thursday. The UFC also acknowledged an email request for comment on the situation but had yet to provide one as of Thursday evening.

Dana White: Conor McGregor released from hospital, should return in a year

Video: Is there a line when it comes to trash talk, and did Conor McGregor cross it at UFC 264?

“I was injured going into the fight,” McGregor said. “People were asking me when was the leg break – at what point did the leg break? Ask Dana White. Ask the UFC. Ask Dr. Davidson, the head doctor of the UFC. They knew. My leg – I had stress fractures in my leg going into that cage. There was debate about pulling the thing out because I was sparring without shin pads, and I was kicking.”

Fighters are asked to provide accurate health information prior to competition. McGregor could face repercussions from the athletic commission if inaccurate information was submitted prior to UFC 264.

Triple Take: Do we need to see Dustin Poirier vs. Conor McGregor 4? 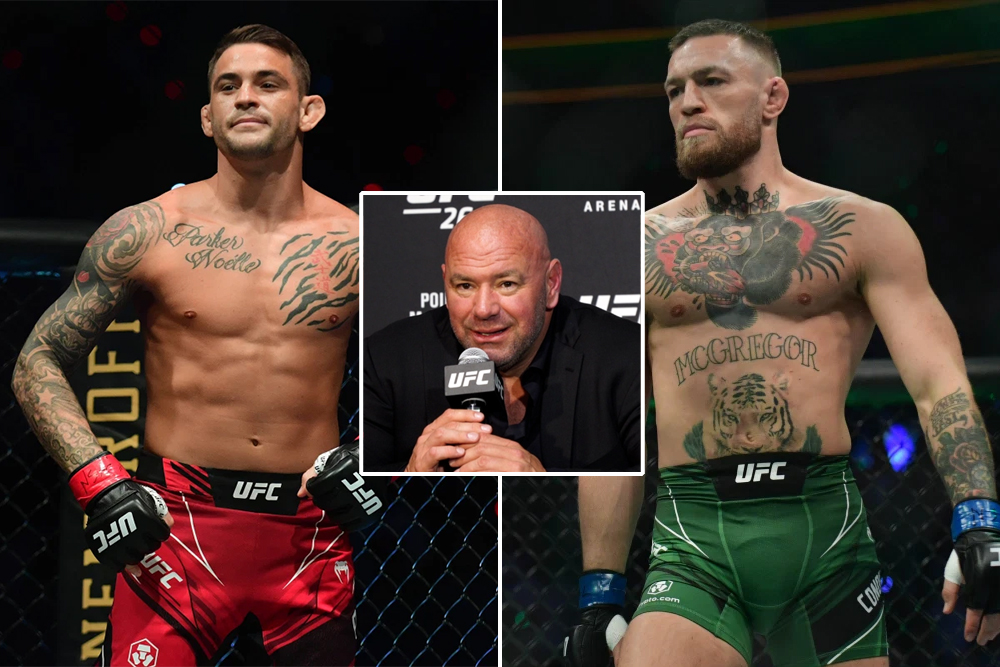