LAS VEGAS – Thiago Moises thinks his experience in five-round fights gives him the edge over Islam Makhachev in the UFC on ESPN 26 headliner.

After Saturday’s original main event between Max Holloway and Yair Rodriguez fell off the card, the lightweight bout between Moises (15-4 MMA, 4-2 UFC) and Makhachev (19-1 MMA, 8-1 UFC) was promoted to the top slot for the ESPN-televised event at the UFC Apex.

Shifting from three rounds to five was welcomed with Moises because he’s been scheduled for 25 minutes multiple times prior to joining the UFC. Makhachev cannot make the same claim, so before they even get in the octagon, Moises thinks he’s bringing an advantage.

“I did a couple more rounds in sparring, a couple little things in the strength and conditioning department,” Moises told MMA Junkie and other reporters at UFC on ESPN 26 media day. “I’ve done five rounds three times before, and I think this is going to be an advantage for me to be honest with you, because Islam never did this before.”

Even with the advantage experience in his back pocket, few at giving Moises a chance to beat Makhachev, who is one of the most highly touted rising names at 155 pounds. The Russian is a good friend and teammate of former UFC champ Khabib Nurmagomedov, and the comparisons between the two have been endless.

Moises doesn’t see them as all that similar, though. He gives Makhachev full respect, but said Nurmagomedov is a different animal.

“I think Khabib has a higher pace than him,” Moises said. “Khabib doesn’t stop. More pressure. I think Islam is a little bit more technical on the feet. For me, Khabib is the best lightweight of all time. Nobody’s like Khabib, and Islam is definitely not like Khabib. That’s the biggest difference between them, is, I think, the pace.”

If Moises is able to overcome Makhachev, he would be on a four-fight winning streak over some strong competition. He sees this fight as his breakthrough moment to gain further recognition and said he’ll be seeking a big name afterward.

“I think with a win over Islam I deserve a top 5 opponent,” Moises said. “I’m going to be right in the mix for a title match.” 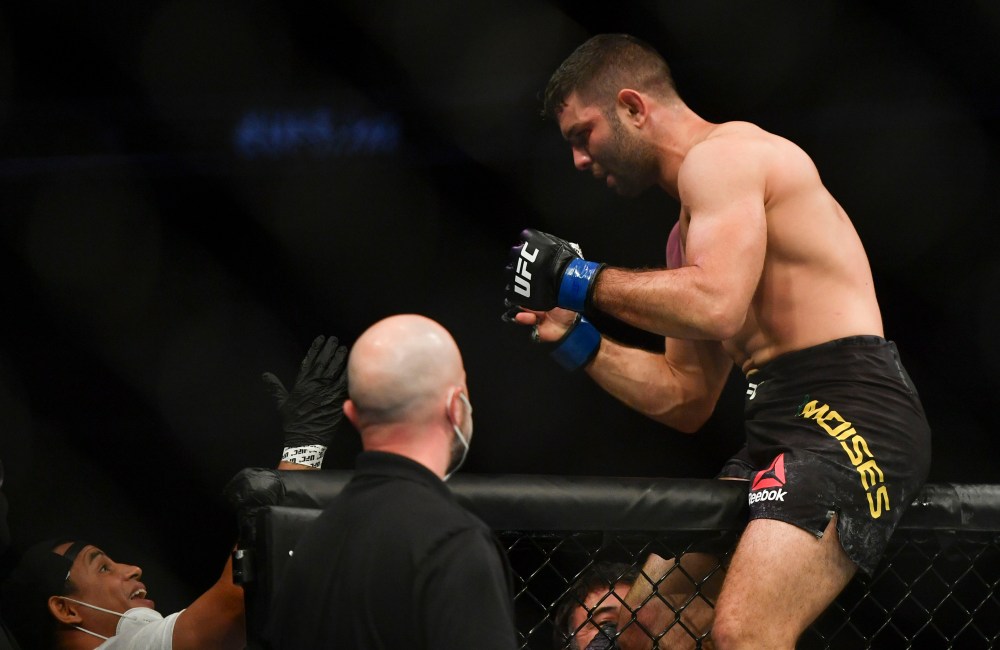